In this article we discuss the perils of failing to engage in mediation when resolving a dispute. 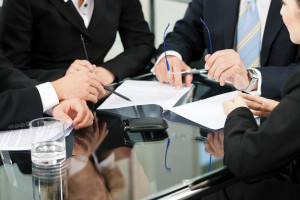 The Court’s approach to encouraging parties to submit their disputes to mediation has been developing over the last two decade. The current view can be summarised as follows:-

In the seminal case of Dunnett v Railtrack, the Court of Appeal sent out a strong message encouraging parties to submit their disputes to mediation.

The Defendant, Railtrack won their case comprehensively on the legal merits.  They had made an offer of £2,500 to Mrs Dunnett on a without prejudice basis to settle the case.  Railtrack had taken the view during litigation that it was unwilling to offer any further money. Railtrack therefore took the view that convening a mediation was pointless and refused to mediate.

The Court of Appeal unanimously held that a successful party who had unreasonably refused to consider alternative dispute resolution, in particular, mediation, could be penalised as to costs.

The Court referred to the obligations of the parties under the Overriding Objective to assist the Court in dealing with cases justly under Rule 1.1 of the Civil Procedure Rules.  They referred in particular to the subsidiary obligations to:

As a result, the Court of Appeal made no order as to costs.  Therefore Railtrack had to bear all of their substantial costs of the action themselves, despite winning the case on its legal merits.

The Court of Appeal qualified this decision slightly in Halsey v Milton Keynes. The Court of Appeal held that, if a party reasonably believes that he has a “water tight” case, then this may well be sufficient justification for a refusal to mediate.  The Court would have to consider the following factors:-

However, in practice “water tight” cases are very few and far between.  In particular, no solicitor or barrister is likely to suggest prospects of success higher than 80% even in the strongest case, given the inherent uncertainties involved in litigation.

The more recent case of Rolf v De Guerin has clarified the Court of Appeal’s views in this area.  Mrs Rolf contracted with Mr De Guerin to build an extension to her home in London for the sum of approximately £50,000.  She agreed to pay the money in weekly instalments as the works progressed.

A dispute arose between the parties. One of the principal reasons was that the builder claimed that Mr Rolf, who was based at home, continually interfered with the project.

Mrs Rolf instructed other builders to finish the work and made a claim for defective work and failure to complete initially for £50,000, although this figure varied a number of times during the proceedings.

Mr De Guerin failed with his claim that the contract was with his company rather than with him personally.

Mr De Guerin succeeded in his claim that Mrs Rolf had repudiated the contract between them.  However, the Court held that it was not for the reasons that Mr De Guerin had pleaded, but because Mr Rolf had interfered excessively in the performance of the contract.

Mrs Rolf only succeeded in regard to one out of the three alleged defects and was awarded damages of only £2,500 in total.

The Court of Appeal ordered that there should be no order as to costs for the following reasons:-

The Court then addressed Mrs Rolf’s attempts to settle the matter and her clear willingness to mediate.  Mr De Guerin argued that he was right not to attempt to mediate for the following reasons:-

The Court of Appeal was unsympathetic to these points for the following reasons:

The Court therefore held that the reasons given by Mr De Guerin for rejecting mediation were unreasonable and this should be reflected in the order for costs.

The Court of Appeal made it clear that they were tempted to make an order that Mr De Guerin paid Mrs Rolf’s costs of the proceedings.  However, they accepted Mr De Guerin’s evidence as to his financial difficulties and that he had no real means to pay such an order and made an order that both parties bear their own costs.

His Honour Judge Waksman QC elaborated on these principles in the case of Garrett-Critchley v Ronnan. This dispute turned on a purported agreement to issue shares in a company and the claim was in the sum of £208,000.  The Claimant made a number of invitations to the Defendant to submit the dispute to mediation, including in the Pre-action Letter, at the allocation stage and continued to raise the prospects of mediation in correspondence leading up to the trial.

The Defendant declined all invitations to mediate for a number of reasons including:

In the directions to trial the District Judge stated: “the Court considers the Overriding Objective would be served by the parties seeking to resolve the claim by mediation, the parties will no less than 21 days before trial file in a sealed envelope a witness statement which explains why a party refused to attend mediation”.

A number of without prejudice offers were exchanged in correspondence between the parties, culminating in a final Part 36 offer by the Claimant that they would accept the sum of £10,000, plus their costs on a standard basis.  The Defendant counter-offered that the Claimant should discontinue the claim and the Defendant would accept three-quarters of their costs on a standard basis.

The trial took place over 4 days and, before the Court had handed down judgment, the Defendants decided to accept out of time the Claimant’s last Part 36 offer of £10,000, plus their costs on a standard basis.

The Claimant applied for and was granted an order that the Defendant should pay the Claimant’s costs on an indemnity basis as a result of the Defendant’s repeated unreasonable failures to engage in mediation.  The Court agreed that an indemnity costs order was appropriate for the following reasons:

Silence in the Face of a Mediation Proposal

In PGF II SA v OMFS the Court of Appeal ruled that silence in the face of an invitation to participate in ADR is, as a general rule, of itself unreasonable, regardless of whether a refusal to engage in ADR might be justified.

In this case the Defendant did not respond to two separate requests to mediate. Briggs LJ observed:

“The Court’s task in encouraging the more proportionate conduct of civil litigation is so important in current economic circumstances that it is appropriate to emphasise that message by a sanction which, even if a little more vigorous than I would have preferred, nevertheless operates “pour encourager les autres”.

In Laporte the Court penalised a successful Defendant for failing to engage in ADR by awarding it only two-thirds of its costs. The Court held that the Defendant had failed without adequate (or adequately articulated) justification to engage in ADR which had a reasonable prospect of success.

The Court dismissed the Defendant’s argument that it thought that the Claimant would only accept a financial offer which the Defendant was unlikely to make, therefore ADR was not appropriate.  He observed that it is common for parties to try to lower the other side’s expectations in preparation for ADR, and one side predicting what it might take to reach settlement, does not entitle the other side to treat it as a pre-condition, without more.

While most costs sanctions apply to the ultimately successful party, a more recent case penalised the losing party for unreasonably refusing to mediate.  In Reid v Buckinghamshire[7] the parties had settled the substantive dispute and the costs liability had been agreed during a two-day detailed assessment hearing.

The costs of the assessment were still in issue and Reid made a proposal to mediate and a subsequent Part 36 offer.  At the hearing before Master O’Hare, Reid was awarded more than their Part 36 offer.  Reid as a result sought penalties under Part 36 and for Buckinghamshire’s refusal to mediate.

In relation to the refusal to mediate, the Master ordered that Buckinghamshire pays Reid’s costs of the detailed assessment on an indemnity basis from 3 days after Reid’s invitation to mediate.  The Master observed:

“If the party unwilling to mediate is a losing party, the normal sanction is an order to pay the winner’s costs on an indemnity basis, and that means that they will have to pay their opponent’s costs, even if those costs are not proportionate to what is at stake.  This penalty is imposed because a Court wants to show its disapproval of their conduct.  I do disapprove of this Defendant’s conduct but only as from the date that they are likely to have received the offer to mediate”.

The Court is aware that parties are compelled to mediate in certain types of disputes in other common law jurisdictions.  While currently the Courts in England and Wales are unwilling to go so far as to compel the parties to mediate, there is a very strong encouragement for them to do so and such encouragement is likely to increase over time.

Mediation should not be viewed as a panacea, or an easy option. A party and their legal advisors should carry out a significant amount of preparatory work in order to present their best possible case and thereby maximise the prospects of an advantageous settlement. Depending on the stage that proceedings have reached, this can involve preparing draft witness statements, expert witness reports and a comprehensive mediation bundle containing all the key documents.

Commentators claim that over 80% of mediations result in a settlement. In our experience, mediation is attempted in almost all our commercial disputes at some point before trial. Provided the parties select a high calibre mediator, are well prepared and take a rational view of the merits of their opponent’s case as presented during the mediation; over 75% of disputes settle during the mediation day(s), or during the following few weeks.

The author of this article has significant experience in preparing for and representing litigants in complex and high value mediations.  For advice and information in relation to the issues set out in this article, or any other issues in relation to commercial dispute resolution generally, please contact us at enquiries@healys.com.