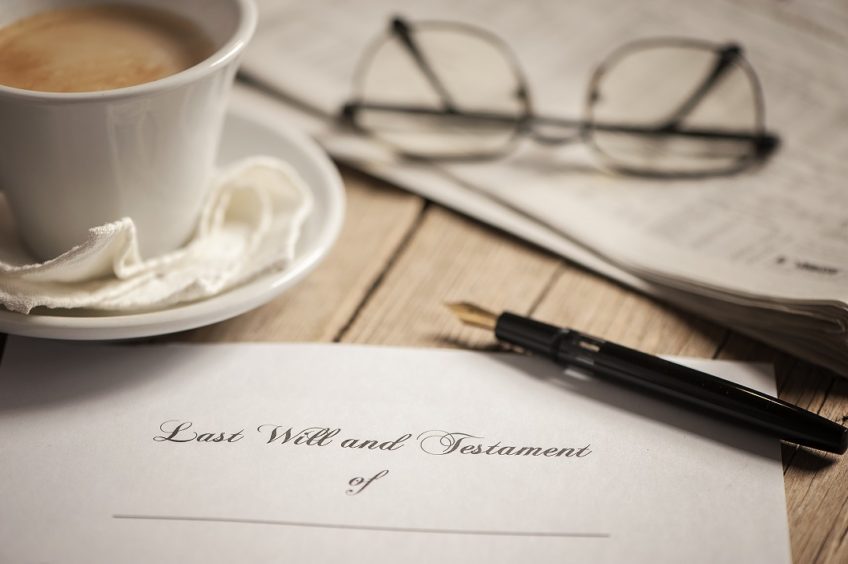 Mr Aleksic was born in Montenegro but had lived in the UK since shortly after the Second World War and died a British citizen. He worked very hard throughout his lifetime and acquired an estate of over £2 million. Unfortunately however Mr Aleksic’s English was by no means perfect and his home-made Will included many misspelt words, faulty grammar and misplaced punctuation which needed to be interpreted by the High Court.

Problems the High Court faced in reading the Will:

The Will stated that a bishop of the Serbian Orthodox Church was to “be in charge” of certain bequests, however the Probate Registry were not willing to accept this as appointment of an executor. Consequently, a number of applications had to be made to the Court to provide a person with the required authority to distribute the estate.

The main difficulty here was that there is no organisation by the name of “Brit. Cancer Research”. Enquiries were made with various cancer charities in the UK to find out if Mr Aleksic had any connection to any of them, but he didn’t. In the end, an application was made to Attorney General’s Office for the gift to be disposed of by Her Majesty under the Royal Sign Manual and the legacy was divided between a number of named British cancer research charities. It is hard to imagine that Mr Aleksic would have intended this when drafting his Will, especially considering that the legacy was in the sum of £2,000, not an unusually large amount, which may be more effective if received as a lump sum by one charity as opposed to being spread across a number of charities.

Mr Dubljevic was a friend of Mr Aleksic and an occasional translator for him. Mr Aleksic’s Will contained a legacy to Mr Dubljevic which had subsequently been crossed out and the words “£2,000. Two” written next to it. The Judge noted that a section of a Will may be “revoked by obliteration”, however as Mr Aleksic’s intentions were clearly to amend the legacy, rather than to revoke it absolutely, the revocation was deemed to be conditional upon the validity of the amendment.  As the amendment was made after the Will had been executed and the inclusion of the new legacy had not been signed by Mr Aleksic nor witnessed, the amendment was not deemed valid and the original legacy was not revoked. As such, Mr Dubljevic received a legacy of £8,000 from Mr Aleksic’s estate, when Mr Aleksic had arguably intended to gift him only £2,000.

Traditionally the meaning of the word “money” has been construed narrowly by the courts to only include cash and monies held in a bank account. In this instance however Montenegrin lawyers were instructed who confirmed that the word “money” when translated from Serbian would commonly encompass assets such as shares, unit trusts, etc. and it was thought that this was how Mr Aleksic had intended to use the word. As such, the word “money” was constructed liberally to mean the entirety of Mr Aleksic’s residuary estate. Whether or not Mr Aleksic actually intended for this, or if he did in fact intend for his surviving siblings, nieces and nephews to inherit under a partial intestacy, will likely never be known.

What you can do:

Mr Aleksic’s situation is obviously an unusual one, however it clearly shows the pivotal role that the wording in Wills has on the administration of an estate. Mr Aleksic’s last intentions may or may not have been carried out, however one thing we can be sure of is that his beneficiaries will be receiving significantly less than they would have been if the estate had been distributed without the need for a lengthy court case. Mr Aleksic’s estate of £2 million was relatively large, but could your estate afford such costly litigation?

At Healys LLP our solicitors have extensive experience in drafting Wills and can provide peace of mind that your intentions will be accurately documented and your loved ones looked after when you’re gone. If you have any concerns about your current Will or would like some advice in relation to creating a new Will, please contact us at enquiries@healys.com and we will be happy to assist you.