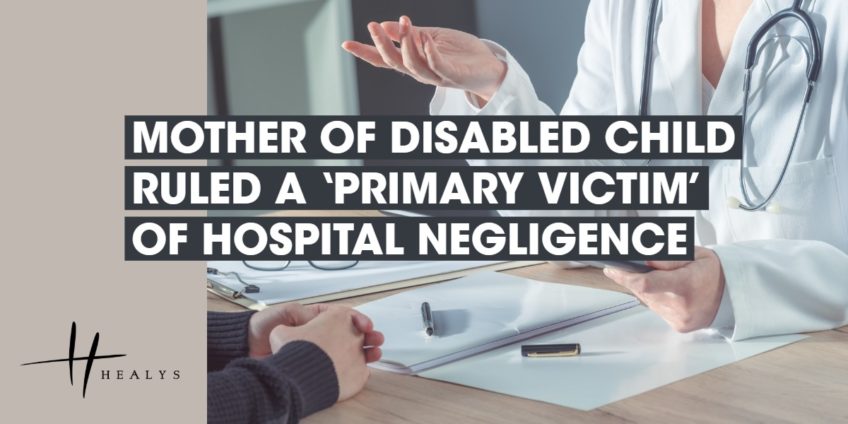 In order to succeed in a ‘secondary victim’ claim as a result of clinical negligence it is necessary to establish that the claimant suffered psychiatric illness or injury – as opposed to grief, sorrow, deprivation or the need to provide care for the loved one who has suffered the injury – as a result of witnessing a sudden, shocking event. Given the number of hurdles a claimant has to clear to show that the many tests have been met, there have been very few successful claims to date.

However, in a ground-breaking case (YAH v Medway NHS Foundation Trust), a mother who was left traumatised after her baby was born seriously disabled, as a result of negligence on the part of medical staff at the hospital where she was born, has won more than £75,000 in compensation from the NHS trust that managed the hospital. The High Court found that the mother was a ‘primary victim’ of her daughter’s delayed delivery.

The mother suffered mental health problems after experiencing a difficult birth and watching her baby girl fight for life. The child was whisked away immediately after the delivery and the first time she saw her daughter was in a plastic box in the hospital’s special care baby unit, surrounded by tubes and wires. The mother’s anxiety disorder subsequently developed into depression when she realised the extent of her daughter’s injuries. When everything got too much for her, she would run away from home and turn off her mobile phone, leaving her loved ones desperate with worry.

The NHS trust admitted that signs of foetal distress had been missed and that the delivery had been negligently delayed. It accepted full liability to compensate the disabled child, but disputed the mother’s right to damages. It denied that the shock she had suffered was so great as to cause a recognised psychiatric injury, arguing that her mental health problems were instead caused by the stress of looking after a disabled child and were not sufficiently linked to the negligent delivery to justify an award.

In upholding the mother’s claim, however, the Court noted that the negligence occurred before the girl’s birth. As a matter of law, mother and baby were one and the same legal person prior to delivery. The mother was, in the circumstances, a primary victim and had suffered a psychiatric injury that was closely linked to the admitted negligence. She was awarded £76,500 in damages.

The amount of compensation payable to her daughter has yet to be determined, but is likely to be a substantial sum.

This is a landmark decision, and it is likely that stringent tests as to the nature and severity of the psychiatric injury suffered in such circumstances will be applied to prevent a stream of similar claims. We can advise you on your individual situation, contact us on 0207 822 4000 or email injury@healys.com