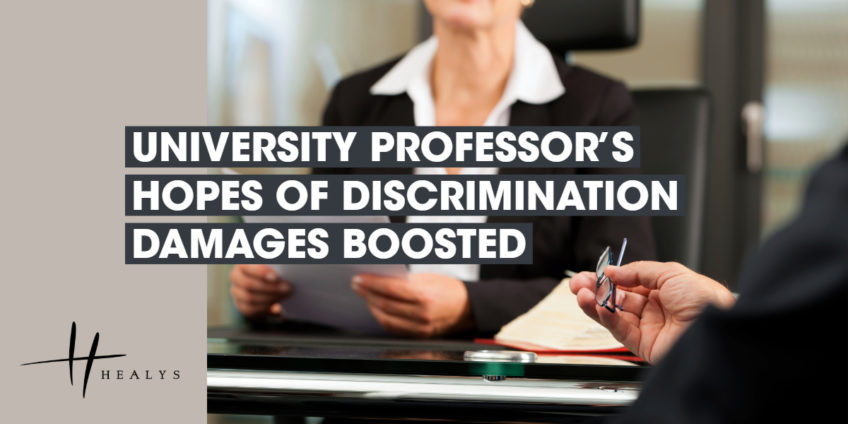 A dismissed university professor has succeeded in keeping alive her hopes of winning compensation for sex and disability discrimination. In ruling on her case, the Employment Appeal Tribunal (EAT) succinctly defined the legal tests that should be applied in disability cases (Sheikholeslami v University of Edinburgh).

Following the woman’s appointment to a university’s engineering school, it took more than two years for her employer to provide her with suitable laboratory facilities. She thereafter went off sick, suffering from work-related stress and depression, and did not return to work. The university did not seek to extend her permit to work in the UK and she was dismissed after it expired.

She claimed that the expiry of her work permit had been used by the university as a pretext to get rid of her and to avoid her sustained discrimination complaints. After she launched proceedings, an Employment Tribunal (ET) upheld her claims in respect of unfair dismissal and outstanding holiday pay. Save in respect of certain victimisation claims, however, her complaints of unlawful disability and sex discrimination were rejected.

In upholding her appeal in respect of disability discrimination, the EAT noted that there was no dispute that her mental health problems constituted a disability. It found that the ET had failed to apply the correct legal test to her claim that the university’s requirement that she return to work in the engineering school, rather than some other department, amounted to a failure to make reasonable adjustments.

The ET appeared to have fallen into the trap of requiring evidence of a direct comparator in the same or a materially similar position as the professor. It had failed to ask itself whether the provision, criterion or practice applied by the university in requiring her to return to work in the engineering school disadvantaged her more than trivially when compared with non-disabled personnel.

The ET had erred in considering whether the university’s decision not to seek an extension of her work permit arose from her disability. In applying an overly restrictive test of causation, it had failed to address the critical question as to whether her refusal to return to work arose in consequence of her disability. The ET had also failed to deal adequately with evidence in support of the professor’s sex discrimination claim.

The case was remitted for further consideration of all outstanding issues. The precise terms of that remission and whether the reconsideration will be performed by the same or a fresh ET will be based on further argument from the parties involved.

Contact employment@healys.com for advice on any discrimination law matter.