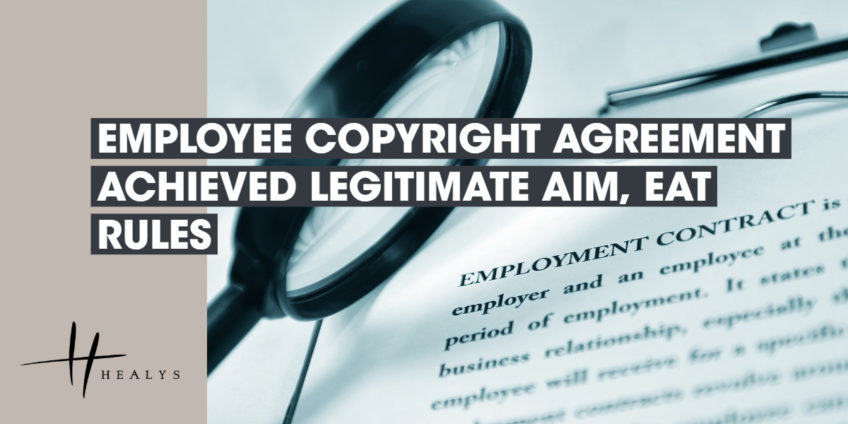 Many employers require their staff to sign copyright agreements by which they give up their intellectual property rights to designs or other works created in the course of their employment. In an important decision concerning a luxury leather goods manufacturer, the Employment Appeal Tribunal (EAT) ruled that one such agreement was a proportionate means of achieving a legitimate aim (Gray v Mulberry Company (Design) Limited).

A marketing assistant who had obtained a job with the manufacturer refused to sign a copyright agreement that she considered was too widely drafted and might be viewed as an assignment of her rights in respect of her out-of-hours work as a writer and film maker. The agreement was amended so as to make clear that it only related to the manufacturer’s business and not to works created in her own time. However, she persisted in her refusal and was dismissed.

She launched Employment Tribunal (ET) proceedings, asserting that she had been subjected to direct and indirect discrimination due to her philosophical belief that there is a human or moral right to own the copyright in one’s own creative works and output. Her complaints under the Equality Act 2010 were, however, rejected.

In dismissing her appeal against that decision, the EAT agreed with the ET that her belief lacked the required level of cogency, seriousness, cohesion and importance to merit protection under the Act. She had not articulated or expressed such a belief prior to her dismissal and her refusal to sign the agreement was, on the face of it, designed to protect her private interests.

Her indirect discrimination claim also could not succeed, in that she was apparently the sole adherent of her professed belief within her workplace, where other staff had signed the agreement without demur. She had therefore failed to establish that the requirement to sign gave rise to any group disadvantage.

The EAT noted that the terms of the amended agreement left little or no scope for argument that works created in her own time would be affected. Her job involved her having sensitive access to the employer’s products before their launch to market and it was entirely understandable that the manufacturer would seek to protect its intellectual property rights. Even had discrimination been established, it would have been justified in the circumstances.