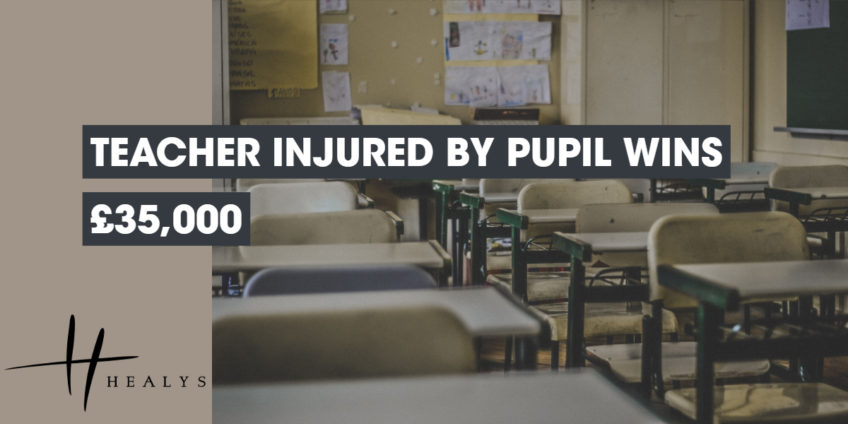 Injuries sustained at work can have devastating consequences and victims should not delay in seeking specialist legal advice. In one case, a special needs teacher whose career was cut short after he was kicked in the knee by a pupil won substantial compensation.

The teacher and a colleague faced a difficult situation when the pupil locked himself in a toilet cubicle. They managed to unlock the door from the outside but, whilst the teacher was restraining him and escorting him to a school bus, the boy kicked him repeatedly in the left knee. He endured immediate excruciating pain and suffered injuries that eventually led to the termination of his employment.

After he sought compensation for his injuries, a judge awarded him £35,000 in damages on the basis that his employer, a local authority, had failed in its duty to take reasonable care for his safety at work. A colleague who was standing behind him during the incident had negligently failed to intervene and stop the boy from kicking him. The facts of the case emerged after the council’s appeal against the judge’s decision was dismissed by the High Court.

Health and safety risks to workers exist in many forms, depending on the type of workplace. Whatever their nature, employers have a legal duty to assess and take reasonable steps to remove or minimise those risks.

If you have been injured at work through no fault of your own, you could be entitled to compensation. Contact us for advice on making a claim on 0207 822 4000 or email injury@healys.com