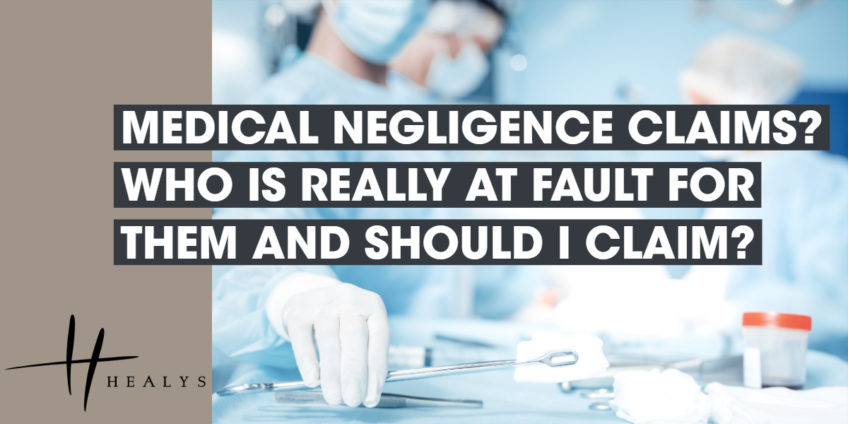 The Law Society Gazette, the flagship weekly publication of the solicitors representative body, recently ran an article on a report by the National Audit Office (NAO), which revealed that National Health Service waiting lists for elective (pre-planned) treatment and for cancer procedures, had risen from 2.7 million to 4.2 million between March 2013 and November 2018. Quite staggering figures.

What this means in real terms, is that patients are increasingly waiting longer for their care.  The title of the Law Gazette’s report on this, warned:

Is it true that if patients are waiting longer to receive their care, this will inevitably lead to an upsurge in medical negligence claims?

Not necessarily. Whilst increasing waiting times are far from desirable, or even acceptable, it is not a case of adding two plus two and coming up with the answer of more cases of ‘medical negligence compensation being brought against the NHS’.

In England, the NHS Constitution gives patients rights in relation to amount of time within which they can expect to receive treatment, under the NHS. The patient should not have to wait any longer than a period of 18 weeks from the date of GP referral, to the date they are given treatment.

The National Audit Office report revealed that the target waiting time of 18 weeks for elective or pre-planned treatment was last achieved in February 2016. Waiting times are regularly going beyond the 18-week referral to treatment guideline; in November 2018, only 44% of NHS trusts met the target.

If I have to wait more than 18 weeks for my treatment to begin, can I claim compensation for clinical negligence – is it a ‘right’?

The Guide to NHS Waiting times in England & Wales does indeed confirm that patients have a legal right to start non urgent consultant-led treatment within 18 weeks. However, if a patient finds themselves waiting for longer than 18 weeks for treatment, is that sufficient to make a medical negligence claim? Does waiting too long for treatment even constitute negligence?

The answer will almost universally be ‘no.’ Unless the patient’s condition when seen by the GP was one requiring immediate assessment and treatment, then it is hard to see any court being convinced that negligence had occurred as a result of a patient waiting for longer than the average waiting time. Indeed, in cases where patients are waiting for elective care, it is unlikely that the additional waiting time is likely to cause any additional harm to the patient either, except potentially where a patient has been waiting for treatment well in excess of the referral guideline of 18 weeks.

The proportion of patients who were treated within 62 days of an urgent GP referral for suspected cancer between July and November 2018, was 78.6% whereas the expected standard is 85%.

On the face of it, it is of course very worrying that cancer treatments are not being started within the guideline times in just over 22% of cases. However, one slightly encouraging statistic is that there has been a 94% increase in the number of urgent referrals made by GPs for suspected cancer between 2010-2011 and 2017-2018. We say ‘encouraging’ because it has to be a positive sign if GPs are taking less chances of missing the potential early symptoms of the disease. This is in no doubt as a result of what has been an alarming increase, in recent years, of missed or delayed diagnoses of cancer in many patients. This has in turn led to many people making missed cancer diagnosis compensation claims. (Our recent article on this subject considered the problems of missed or wrong diagnoses of cancer in more detail.)

However, because so many more urgent referrals of cancer patients are being made and because the NHS continues to find itself under the most severe of financial constraints, where more resources are focused on one area, it means that there is an accompanying depletion of resources in another area – i.e. more urgent cancer referrals means that the waiting times for less urgent treatment of other illnesses increases.

The NAO report acknowledges this by stating:

“For cancer care, an increasing number of urgent referrals has improved early diagnosis of cancer but can have an adverse effect on meeting waiting times standards”

The report also goes on to say:

“There is a risk that longer waiting times may lead to patient harm and negligence claims against the NHS but the NHS’s understanding in this area is limited.”

However, the report acknowledged that there wasn’t the evidence available to show the extent to which patient harm has occurred as a result of long waiting times.

So, are we, as the Law Society Gazette’s headline question asked, likely to see a spike in medical negligence claims as a result of the increase in waiting times for treatment by the NHS that has been identified by the National Audit Office report?

We are of the opinion that it is not necessarily the case that the delays will see a spike in more medical negligence claims – not specifically for that reason anyway.

What the findings of this report highlight, is that the NHS is evermore creaking solely due to a lack of funding. This is a stark fact and one that the vast majority of people of all political persuasions would accept. The NAO’s report seems to confirm this when it says:

Whether it will receive the necessary funds is, to say the least, the burning question.

If you feel you have grounds for commencing a hospital or GP medical negligence claim, please contact Healys today for an informal discussion of your situation.

The experienced clinical negligence team will be able to ascertain the merit of your case and the likelihood of success.

We will be able to explain the full procedure for making a clinical negligence claim against a GP or NHS trust and also explain funding options so that you can proceed with confidence.

Contact us at enquiries@healys.com for initial, confidential and without obligation advice.