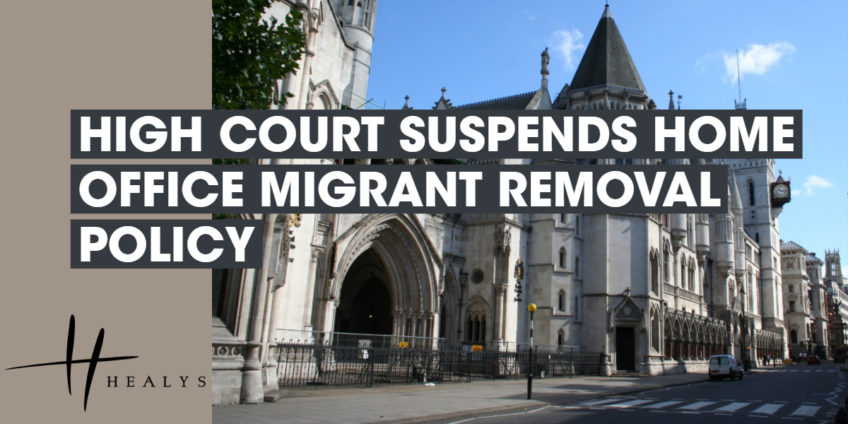 Over-stayers and illegal migrants facing removal from the United Kingdom have been given a reprieve in a landmark ruling by the High Court in R (Medical Justice) v Secretary of State for the Home Department [2019] CO/543/2019, Walker J, 14 March 2019. The Court has ordered a suspension of the current Home Office removal policy.

The challenge was brought by charity and campaign group Medical Justice, who sought an interim injunction to stop the removals by short notice. The short removal window was insufficient for individuals to seek proper legal advice, thereby denying them access to justice. This was a clear breach of Article 6 of the European Convention on Human Rights.

The charity argued that the removals window, which can give migrants as little as 72 hours’ notice to leave, is too short and does not give sufficient time for individuals to make legal submissions against removal. The Home Office policy effectively removed people before they had adequate time to challenge the decision.

The effect of the ruling is that the Home Office will have to immediately cancel the deportations of 69 people; but there may be wider implications. The policy has affected thousands of people who may otherwise have been forcibly required to leave the UK, and the ruling raises the question of whether anyone who has been unlawfully removed has a right to challenge the decision in-country, and be brought back to the UK to do so.

The Home Office position was that the removal window prevented people from trying to frustrate removals by making frivolous applications at the last minute. The court, however, rejected this argument.