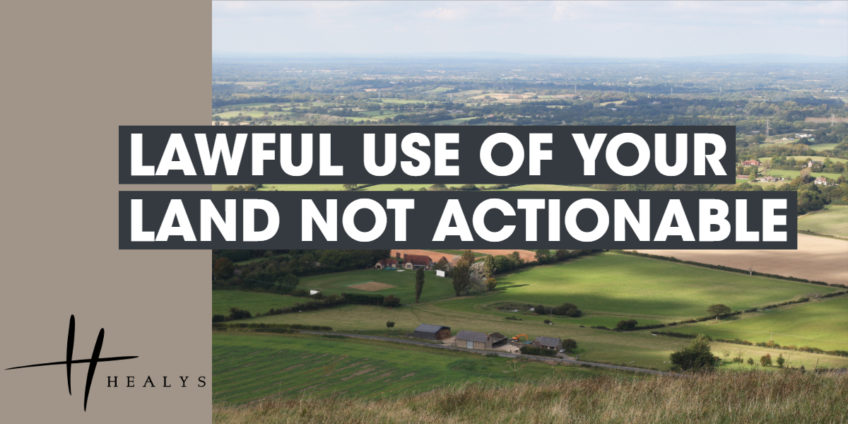 If your lawful use of your land is inconvenient for a neighbour, it almost goes without saying that that is just too bad. The point was underlined by a case in which the presence of a pavement telecommunications box stood in the way of a major housing development.

A consortium of developers owned land that had the benefit of planning permission for the construction of up to 1,200 new homes. The project required the creation of a new access route to the site, but that could not be achieved without removal of the box, which was connected to ducts, cabling and joint boxes under the pavement.

After the telecommunications company that owned the box estimated that removing the apparatus would cost almost £300,000, the developers launched proceedings before the Upper Tribunal (UT), seeking an order requiring the company to carry out the necessary works at its own expense.

The developers pointed to Paragraph 38 of the Electronic Communications Code, which provides that owners or occupiers of land may require the removal of telecommunications apparatus from neighbouring land if it interferes with or obstructs access to their property.

They argued that that right could be exercised notwithstanding that the box did not obstruct any access route when it was installed. The company, however, insisted that Paragraph 38 applies only to a means of access in existence when the relevant telecommunications apparatus was put in place.

Preferring the company’s arguments, the UT noted that the developers’ interpretation of Paragraph 38 was flatly contradictory to the principle that a landowner is not liable to a neighbour for the consequences of the reasonable use of its land. Were the developers’ arguments correct, they would be entitled to insist on the company removing apparatus which was lawfully present on the pavement without any consideration of the scale or expense of the required works.

It was unlikely that Parliament could have intended the right to require removal of telecommunications equipment without charge to exist in relation to apparatus which did not obstruct access when it was installed.

The UT’s ruling means that if the company agrees to remove the box, it will be entitled to send the developers the bill for the works.

For advice on any matter relating to the use (or misuse) of property, contact us on 0207 822 4000 or email enquiries@healys.com