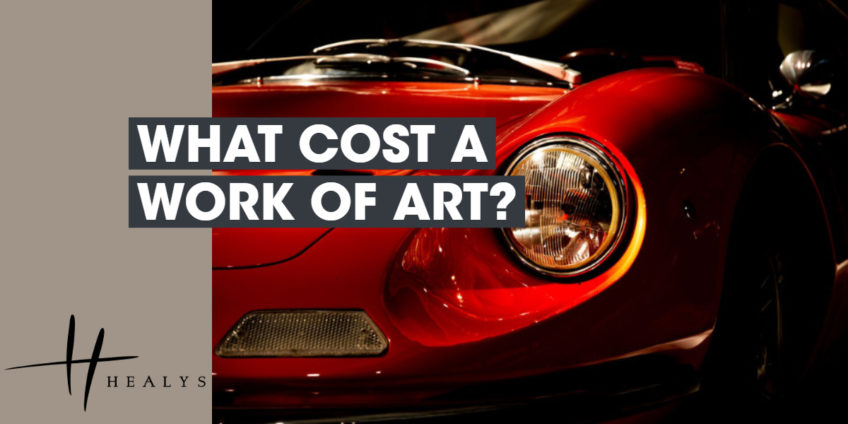 Ferrari’s 250GTO is now officially considered an artwork – in Italy, at least. But what are the wider implications of this landmark ruling?

Previously I suggested that in the context of collector car values, “the top end of the market had become art”. Little did I expect the Italian commercial court of Bologna to endorse my view, while going even further by ruling that the Ferrari 250GTO was henceforth to be considered “a work of art”.

Between 1962-64, Ferrari built 36 cars that garnered the highest distinction in sports car races worldwide, consequently becoming the most valuable series of any type of car to be produced to date.

Among many definitions of a work of art, the Oxford English Dictionary references “the experience or application of known skill and imagination, typically in visual form… producing works to be appreciated primarily for their beauty”. A key word here is “primarily”.

Most commercial common and civil law jurisdictions can deal with claims based on copyright, trade mark and registered designs so as to ensure that the creation of originality is properly protected and rewarded. So far as auto design is concerned, a 2002 decision of the Massachusetts District Court proves to be instructive, in relation to the design of the Shelby Cobra. Interestingly, the styling genesis of this car developed out of the design of the early Ferrari 166, which took the form of a little boat or “barchetta” in Italian.

Anglo-Portuguese engineer John Tojeiro built a prototype two-seat sports car with a body that closely resembled the barchetta. AC acquired a licence to use that design, which became the AC Ace, paying Tojeiro a royalty of £5 for each car sold. This essential design morphed into the AC Cobra, which was also marketed and sold by Le Mans winner Carroll Shelby in the US as the Shelby Cobra.

In 1996, South African company Superformance International began to sell a rolling chassis identical to the Cobra shape and often with Cobraemblem badges. Shelby filed a suit in 2000 claiming trade dress infringement and trademark dilution. In the event, the judge ruled that while Shelby appeared “to be the designer of the car in question”, he had not established the necessary “distinctiveness” of the design.

Consequently, Shelby’s claim failed and judgement was awarded in favour of Superformance. This begs the question of whether Carroll Shelby Licensing Inc. may have missed an opportunity. If the pre-history of the Cobra shape had been put in evidence to the Massachusetts court, then the test of distinctiveness may have been satisfied, thereby giving Shelby control of the Cobra shape, and the ability to determine the proliferation of replicas throughout the world.

When Ferrari discovered that a Modena-based company had plans to create a series of 250GTO replicas, it felt compelled to make an application to the Modena court to determine what, in effect, constituted “distinctiveness”, by asking for the design and intellectual property rights of the GTO to be officially recognised.

The tribunal found that the production, commercialisation and promotion of the model belonged solely to Ferrari, stating that “the customisation of the car’s lines and its aesthetic elements have made the 250GTO unique, a true automobile icon”, while citing the “numerous awards” the GTO had received over the years as a reason to consider it as a work of art that was entirely original and should not be imitated or reproduced. The Modena court accepted that Ferrari had created a car that was entitled to be considered distinctive, while Shelby had not so convinced the Massachusetts court.

This success will have implications in Italy. Any replica projects in build should be considered very carefully, but plans for any new builds should be abandoned forthwith. It remains to be seen how Ferrari will deal with existing replicas, but it seems evident that – if the rumours that the marque intends to build continuation chassis have any semblance of truth – replica owners should think very carefully how to distance their cars from the court’s jurisdiction. Looking at the EU outside of Italy, a test case may be needed to determine whether the Bologna decision will hold up.

Non-EU jurisdictions may well fall into step by granting Ferrari protection based on distinctiveness in the future, but permitting that protection to act retrospectively might be a step too far.

Ferrari will need to pay heed to those wealthy individuals who support historic racing by contesting FIA-sanctioned replicas on the track. Owners are unlikely to commit their multi-million GTO originals to competition, with the consequence that the existence of historic races might be in jeopardy.

There may also be implications beyond Ferrari. Marques such as Aston, Jaguar, Porsche, Maserati et al, with past catalogues of icons, may see merit in following the Ferrari route. After all, the English brands mentioned have built continuation series of their iconic models, which have sold promptly and presumably to much financial advantage. So the Bologna commercial court has decided that the GTO is a work of art, and in a strict legal sense in Italy, this decision must be accepted – but does this proposition hold true in a wider sense? I think not, on account of at least two reasons.

Firstly, the dictionary definition mentioned earlier references the need for any creation to be considered a work of art, that it must have been created “primarily” for its beauty and emotional power. The 250GTO was primarily created for its horsepower as a race car.

Secondly, is it possible for a series of cars, or indeed of anything, to be considered a work of art in the singular? Is the first chassis to be designated the work of art, with the remaining 35 chassis being replicas? Surely not. Notwithstanding whatever view may be taken of the Bologna decision, most would agree that the 250GTO stands at the pinnacle of automotive art in its widest sense.

For more information on this topic or anything about our services please contact Clive Robertson on 020 7822 4000 or email clive.robertson@healys.com.