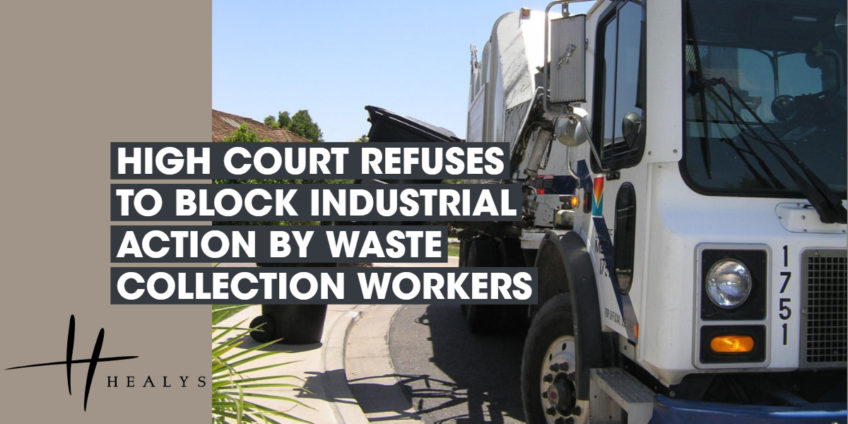 Were it not for the protection provided by the Trade Union and Labour Relations (Consolidation) Act 1992 (TULRCA), trade unions that call industrial action would be liable for inducing their members to breach their employment contracts. The extent of that protection was analysed in a guideline High Court case (Birmingham City Council v Unite the Union and Another).

Two unions that represented workers within Birmingham City Council’s waste collection department called on its members to take industrial action following ballots which were agreed to be valid. The underlying dispute concerned issues in respect of pay and conditions arising from a restructuring exercise.

In seeking an interim injunction to block the action, however, the Council argued that the protections afforded by TULRCA did not apply. Citing Section 222, the Council submitted that the proposed action was in part motivated by the unions’ belief that the Council was failing, or might fail, to discriminate against workers within the department who were not members of either union.

The non-members were affiliated to a third union, which had not come out in support of the proposed action, and had each received a payment of in the region of £3,500 to £4,000 from the Council. The reason for those payments was disputed, but the Council denied that they were connected to the proposed action.

In refusing to grant the injunction sought, the Court noted that the proposed action would affect 360,000 households and that contingency measures would cost the Council £350,000 a week. However, the unions had the better of the argument and the Court was thus bound to apply the protections afforded by TULRCA.

It is important for employers to recognise their obligations to employees with regard to trade union membership and not to treat them unfairly for taking part in trade union activities or to reward employees who are non-members. If you are unsure of how to proceed in your dealings with a trade union, it is sensible to seek advice in order to avoid the pitfalls. Please contact Allison Grant on 020 7822 4000 or email allison.grant@healys.com for advice on this or any other employment matter.