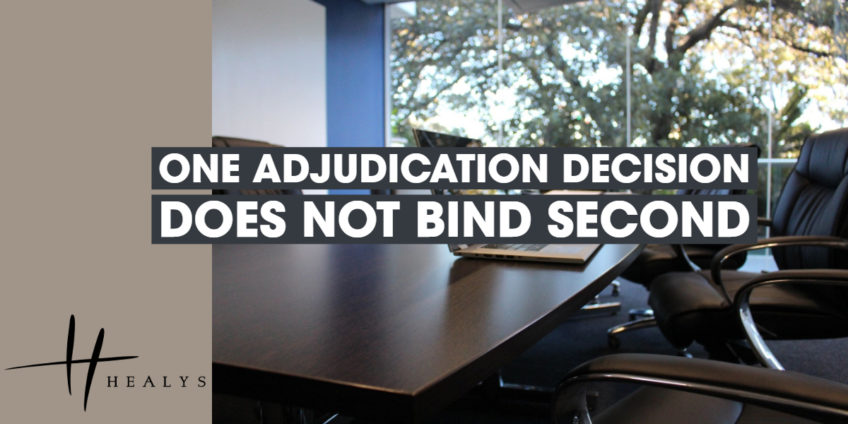 When an adjudicator makes a decision and the evidence presented is incomplete, to what extent can the adjudication subsequently be revisited when new evidence is supplied?

When a submission does not meet the burden of proof, the adjudicator will make the adjudication on the basis of the evidence that is acceptable. If additional evidence becomes available, the matter can sometimes be re-adjudicated if the revised claim is sufficiently different from the original.

Recently, a series of construction disputes between a contractor and subcontractor relating to a fuel plant were referred for adjudication. The adjudicator appointed to deal with one of the matters in dispute found that the evidence of valuation provided by the subcontractor in relation to an ‘acceleration payment’ was inadequate and therefore issued a decision valuing that claim at nil.

However, the subcontractor made a further attempt to refer the matter for adjudication. As well as that already put forward, much more extensive evidence was presented and the claim was valued by the adjudicator at more than £800,000. The contractor opposed that decision because it covered the same ground as the earlier adjudication.

The Technology and Construction Court sided with the subcontractor. In its view, an adjudicator’s decision is specific to the claim being heard and cannot decide the outcome of any further adjudication decision if new evidence is presented that differentiates the later claim from the earlier one.

The case is expected to go to appeal.

If you are engaged in a construction dispute, it is important to ensure that the terms of adjudication are drawn up to clarify issues such as this. An increasing number of adjudications seem to end up being followed by court proceedings – precisely what the adjudication process is meant to avoid.

For advice on any construction law issue contact enquiries@healys.com.