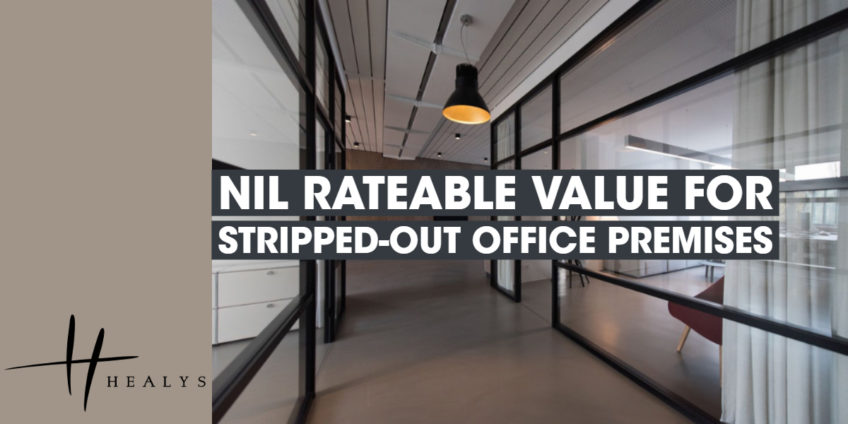 An important decision that will be of interest to commercial landlords was issued by the Upper Tribunal (UT) recently.

The UT ruled that prestige office premises that had been stripped bare in preparation for the arrival of a new tenant had a nil rateable value.

The case centred on two floors of an iconic 50-storey office block in Canary Wharf. In accordance with the landlord’s regular practice, the floors were stripped to shell condition upon the departure of the previous tenant.

A valuation officer (VO) from the local authority was of the opinion that the premises had a rateable value in excess of £1.8 million but, following an appeal by the landlord, the value was set at nil by the Valuation Tribunal for England.

The VO then challenged this decision before the Upper Tribunal (UT), pointing to the requirement of the Local Government Finance Act 1988 that commercial premises are to be valued on the assumption that, immediately before a tenancy begins, they are in a state of reasonable repair.

The UT rejected the appeal. It noted that the statutory assumption did not entirely supersede the common law reality principle that a property is to be valued as it in fact exists on the day of valuation. Once the premises in question had been stripped out, they ceased to be capable of beneficial occupation and, as a result, were not a unit of property – or hereditament – at all.

The UT’s ruling means that, as a matter of administrative convenience, the stripped-out premises will stay on the local authority’s rating list at a nominal value of £1.

For more information on this or any other matter, please contact us on 020 7822 4000 or email enquiries@healys.com