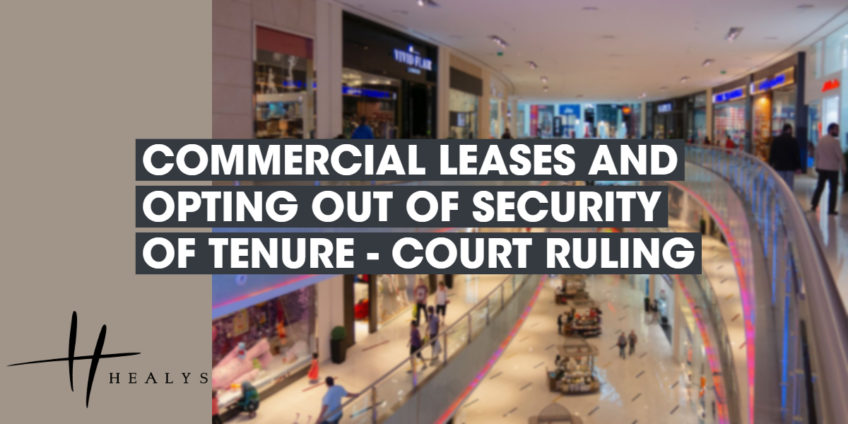 Commercial landlords commonly require tenants to opt out of the statutory security of tenure to which they would otherwise be entitled. However, strict procedural steps must be followed to the letter before that can be achieved.

Three commercial landlords, all of them nominees of a property investment group, leased six shops to a retailer. After they decided not to renew the leases, the retailer declined to quit the premises, arguing that it enjoyed security of tenure under the Landlord and Tenant Act 1954. The landlords countered that the retailer had validly agreed to opt out of the protections provided by Sections 24-28 of Part II of the Act and was thus not entitled to have the leases renewed.

In ruling on the dispute, the High Court found that the landlords had met all the procedural requirements prescribed by the Act. The retailer had authorised its then solicitors to accept service of warning notices which had been issued in accordance with Section 38A of the Act. Although the retailer’s retail director was not a statutory director of the company, he had been authorised to accept service of statutory declarations. The latter were not in the precise form prescribed by the Act, but the Court was satisfied that their validity was not affected.

The tenancies having been lawfully brought to an end, the landlords argued that the tenant should, in accordance with the Landlord and Tenant Act 1730, be required to pay double rent in respect of the period during which it had remained in unauthorised occupation of the shops. In rejecting that submission, however, the Court noted the penal nature of that provision. The tenant having acted on legal advice, its failure to give up possession of the premises had not been wilful.

For further information on this, or any other related matter, please contact us on 020 7822 4000 or email propertydisputes@healys.com