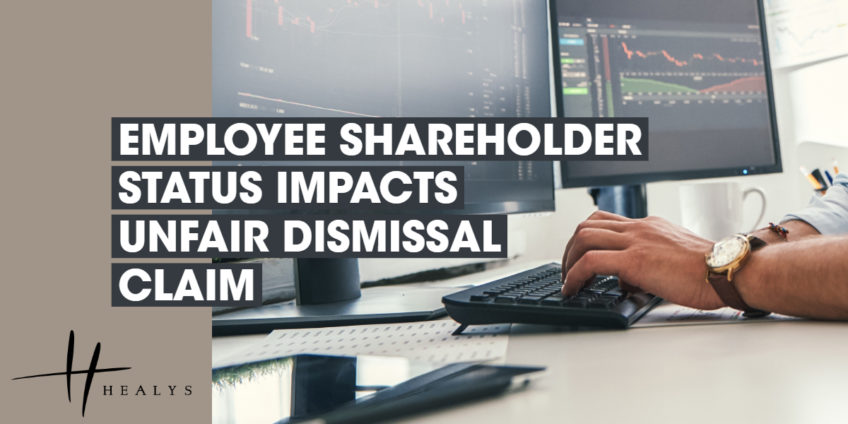 Few employees would say no if offered shares in the companies for which they work. However, as an important decision of the Employment Appeal Tribunal (EAT) showed, accepting such offers can in some circumstances involve the sacrifice of employment rights.

The case (Barrasso v New Look Retailers Limited) concerned a senior employee of a national retailer who, on his employer’s acquisition, was allotted shares in the purchaser company, which he believed to be worth about £7 million. At the time, he agreed that he would thereafter have the status of an employee shareholder, within the meaning of Section 205A of the Employment Rights Act 1996. As a consequence, he was excluded from the statutory right to claim unfair dismissal or redundancy pay.

After losing his job, he lodged an unfair dismissal complaint with an Employment Tribunal (ET). His claim was, however, rejected on the basis that he had voluntarily contracted out of his statutory right to make such a claim. A subsequent service agreement that he had reached with his employer, whilst conferring certain contractual protections upon him, had not changed that position.

In dismissing his challenge to that outcome, the EAT noted that he had taken independent legal advice at the time of the share allocation. Arguments that it had been mutually agreed between him and his employer that the service agreement would bring his status as an employee shareholder to an end, thus reinstating his statutory employment rights, fell on fallow ground.

For assistance in drafting contracts of employment or ensuring they are kept up to date, contact us on 020 7822 4000 or email employment@healys.com