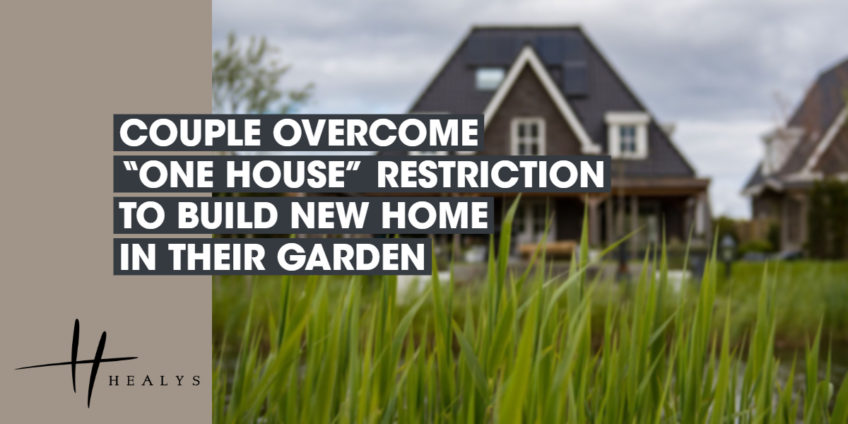 New homes built in the grounds of existing residences make a valuable contribution to meeting burgeoning housing demand. However, as a decision of the First-tier Tribunal (FTT) showed, restrictions lurking in antique title deeds can stand in the way of such projects.

A couple were granted planning permission to build a four-bedroom detached house in the garden of their home. However, their proposal came up against what appeared to be an immovable object in the form of a conveyance, dating back to 1954, which contained a common form of restrictive covenant that forbade construction of more than one house on the relevant land.

In coming to the couple’s aid, however, the FTT found that the development would cause no injury to the couple’s neighbours. Only one objection to the project had been received and that was subsequently withdrawn. Other nearby properties were subject to identical restrictions, yet new homes had been built in their gardens. The pattern of planning permissions and development in the locale had changed the character of the neighbourhood and the purpose of the covenant could thus no longer be fully achieved.

The FTT stopped short of discharging the covenant in its entirety on the basis that it continued to perform a useful function in preventing intrusive development which might well cause injury to others. However, the couple were granted an order under Section 84 of the Law of Property Act 1925, modifying the covenant to the extent required to enable construction of a house in accordance with the planning consent. If that permission had expired, the couple could seek a fresh consent from the local authority.

For advice on all property law and conveyancing matters, contact us on 020 7822 4000 or email property@healys.com