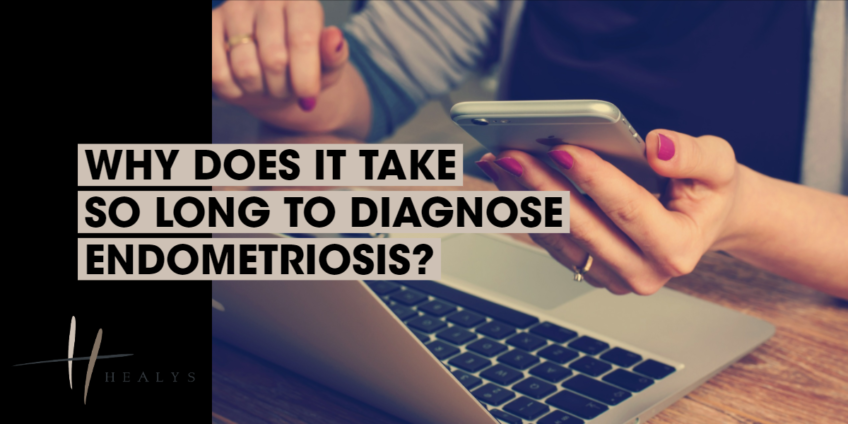 Stories of misdiagnosis of cancer and other serious illnesses, features in the news frequently. The number of incidents of this type of medical negligence has grown considerably in the past 5 years.

Until recently, there were few news stories about an illness that affects 1 in 10 women in the UK and takes an average of 7.5 years to be diagnosed. This illness is Endometriosis.

It occurs when the lining of the uterus (the endometrium) grows in other parts of the body, such as in the ovaries, the fallopian tubes or along the pelvis.

Most women who have endometriosis will suffer no symptoms or signs of having the condition. However, when they do, they may experience:

Endometriosis has four stages of classification ranging from Stage 1 – mild through to Stage 4 -severe.  Infertility is most common in Stage 4 of the condition. Sometimes the condition can resolve without treatment.  For other women the illness does become progressively worse.

The causes of the condition are not known, although there are a variety of theories about why it develops.

How is Endometriosis treated?

Unfortunately, there is no cure for it. Depending on the severity of the symptoms, they can be alleviated by:

Why does it take so long to diagnose Endometriosis in so many cases?

1.    The symptoms vary from individual to individual

No two women will present with the same symptoms. The type of pain can differ as between individuals, as can the site of the pain.

2.    Many of the symptoms of Endometriosis are like those of other, often less serious, illnesses.

In 2018, ‘The Independent’ published an article which carried a quote from GP, Zoe Norris, who was reported as saying, when presented with a patient suffering from symptoms that could point to Endometriosis:

“As a GP, I first have to ask ‘what’s the worst thing it could be? Cancer, how do I rule that out?

Then what’s the most common thing it could be? Irritable bowel syndrome, that’s a diagnosis of exclusion, so it’s likely to need other investigations: blood tests, internal swabs, maybe a scan.

Then maybe you discover, by accident, that it’s endometriosis causing those symptoms.”

More than 13,500 women took part in a BBC survey detailing their stories of not only the daily battle that they have had dealing with the crippling pain of endometriosis, but also their further battles in trying to get properly diagnosed by an often-sceptical medical profession. That scepticism can often be translated as some GPs refusing to believe that their patient is suffering from the level or type of pain, that they say they are experiencing.

Their stories also reveal that many doctors display a distinct lack of knowledge about the condition.

A definitive diagnosis of Endometriosis can only be confirmed by a procedure known as laparoscopy. This is an operation carried out under general anaesthetic. A small incision is made in the abdomen, enabling a tube with a camera to be inserted. This enables video images to be transmitted to a monitor. The consultant conducting the operation will be able to search for signs of Endometriosis tissue. If found, a sample will be removed for further tests.

The problem that most women have is that getting to the point of referral for laparoscopy, can take many appointments with their GPs. Sometimes they seek a second opinion, before getting to that stage. Some never get to that stage at all and face a lifetime of misery caused by the illness.

Medical Negligence compensation for missed or misdiagnosis of Endometriosis

For any type of medical negligence claim to succeed there must be proven:

2. Causation: you must prove that the injury or condition that you allege was caused by the medical professional’s negligence.

3. You suffered loss: pain and suffering – this can be both physical and psychological.

Given that it takes on average 7.5 years for an endometriosis patient to be diagnosed, readers of this article who have suffered delays in the diagnosis of Endometriosis might think that they have no basis for making a medical negligence claim based on a delayed diagnosis or misdiagnosis of their illness. Some may believe that taking a long time for a diagnosis ‘just seems to be the norm’.

That is not the case. At Healys LLP  our view is that every individual case of missed or delayed diagnosis should be considered in isolation. Therefore, if a doctor misdiagnoses a symptom of Endometriosis as something else, or fails to make any diagnosis, causing delay and his patient thereafter suffers both physically and mentally for a further period, then there is a reasonable possibility of the victim of that error being able to make a claim for a misdiagnosis of Endometriosis.

The National Institute for Health and Care Excellence (NICE) have produced both guidelines and Quality Standards Statements as to the way that investigations into the symptoms of possible Endometriosis should be investigated. Their aim is to improve diagnosis and ensure prompt and appropriate referral to secondary care. It is to be hoped that the effect of these standards, guidelines and the increased knowledge and awareness they demand of medical professionals engaged in the care of Endometriosis patients will start to be reflected in an improvement in the shortening of the time that it takes for sufferers of this debilitating illness to be diagnosed and treated.

Healys’ medical negligence partner, Jonathan Austen-Jones, has had experience of helping   victims of misdiagnosis of Endometriosis, to make a medical negligence claim. Call Jonathan in complete confidence and without obligation on 0800 280 0432 or you can contact him by email: jonathan.austen-jones@healys.com