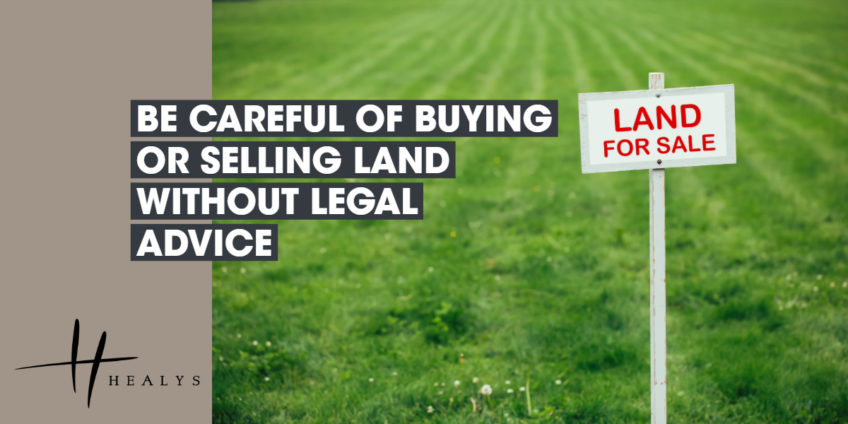 Traps for the unwary lurk within many old title deeds and that is one reason why you should never buy or sell land without taking professional advice. A High Court case in point concerned a plot of land that was subject to a decades-old diktat that it must only be used as a motor garage.

A couple who had paid £250,000 for the land hoped to sell it to a developer who intended to demolish the garage and erect a convenience store in its place. Standing in their way, however, was a restrictive covenant in a 1929 conveyance which forbade the land’s use for any purpose other than that of a motor garage.

In those circumstances, the couple sought a declaration under Section 84(2) of the Law of Property Act 1925 to the effect that the covenant no longer burdened the land. It was submitted that the covenant had lapsed on the death of the original vendors and did not bind future owners of the land.

In rejecting the application, however, the Court found that, on a true interpretation of the conveyance, the benefit of the covenant was annexed to or ran with the land. It was thus potentially enforceable by the current owners of adjoining land that had been retained by the original vendors in 1929. The fact that steps had been taken to notify all of those landowners, and that none of them had objected to the application, did not affect the outcome of the case.

The Court noted that the couple still had the option of applying to the Upper Tribunal under Section 84(1) of the Act to have the covenant discharged or modified. On the face of it they had a powerful case that, by reason of changes in the character of the neighbourhood since 1929, the covenant had become obsolete.

For more information relating to this or any other property matter, please contact property@healys.com, or call 020 7822 4000.