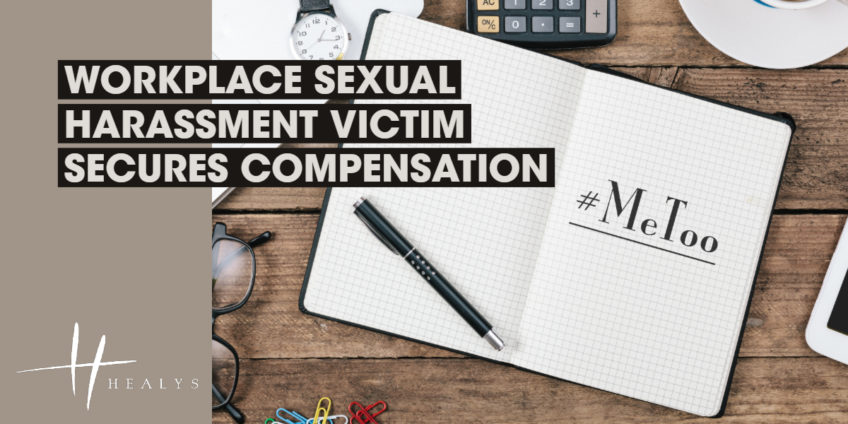 Sexual harassment in the workplace is sadly not as rare as one would hope but, with the right legal advice, there is no reason why anyone should put up with it. In a recent case, a woman whose infatuated boss subjected her to unwelcome sexualised behaviour secured more than £30,000 in compensation (Shotton v Mark Harris Upholstery Limited and Another).

The woman worked for the same small business for nearly five years, rising from clerical assistant to general manager. Following her resignation, she launched Employment Tribunal (ET) proceedings, claiming that she had suffered years of sexual harassment at the hands of the company’s managing director.

Although he had appeared charming at first, she said that he gradually began to act in a sexualised manner, kissing and hugging her, stroking or sniffing her hair, and putting his hands inside her clothing. She claimed that he became sulky, aggressive and threatening when she refused his advances.

In ruling on the matter, the ET found that she was initially flattered by his attentions. She had been anxious to keep her job and, although she did not find him sexually attractive and his behaviour had not been particularly welcome, she had tolerated it. She was not above flirting and there was evidence that she had danced with him provocatively at the company’s Christmas party.

Although there was at that stage a degree of complicity on her part, she later realised that she had got herself into a very difficult position. She drew the line at a meeting and made it clear that she wished to be left alone and did not want any further physical contact with him. Unable to overcome his infatuation, however, he continued to behave in a sexualised manner towards her.

In upholding her claim, the ET found that she had clearly warned him off during the meeting and that, thereafter, his sexualised conduct was unwanted. He had probably not intended to violate her dignity or to create a degrading, hostile or humiliating environment for her. However, that was her perception and the purpose of his lengthy campaign of serious harassment was sexual gratification.

In also upholding her complaints of constructive unfair and wrongful dismissal, the ET found that she had been subjected to a disciplinary investigation as retaliation after she lodged a grievance against him. That fundamental breach of her contract preceded her eventual resignation. He had also directly discriminated against her on grounds of her sex, by commenting that her role as a mother impacted on her ability to deputise as head of the business in his absence. She was awarded a total of £32,220 in compensation, including £25,000 for sexual harassment.

The Advisory, Conciliation and Arbitration Service has useful guidance on harassment and bullying at work. See https://www.acas.org.uk/bullying

For advice on harassment or discrimination in the workplace, or any other employment matter, our experienced employment lawyers can help. For further guidance please call 020 7822 4000, or email employment@healys.com.