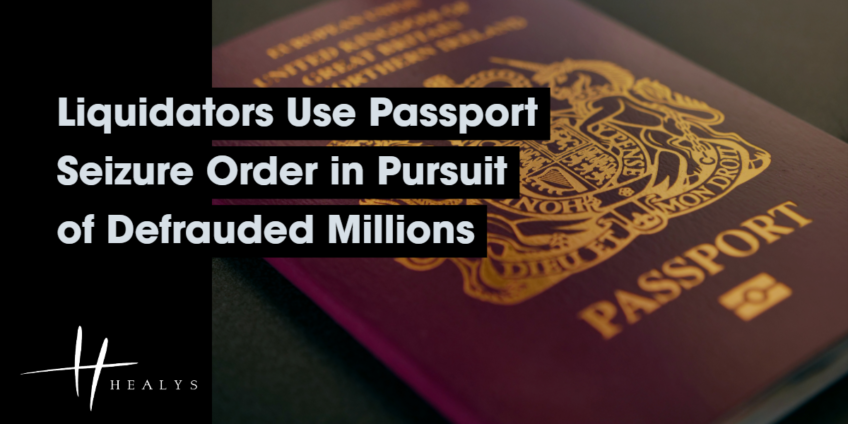 Judges can be relied upon to bend every sinew in support of insolvency practitioners seeking to recover defrauded funds for the benefit of creditors. As an unusual High Court case showed, that includes seizing alleged wrongdoers’ passports.

The liquidators of a property development company launched proceedings against a foreign businessman, alleging that he had fraudulently received over £4.5 million of the company’s money. Asset freezing orders had been obtained against him, backed by a requirement that he surrender his passport so as to prevent his departure from the UK. An application had also been made to commit him to prison for contempt in respect of his alleged failure to make full disclosure of his assets.

In seeking the return of his passport, the businessman – who denied any fraudulent conduct – argued that he was unable to work in this country and was essentially living out of a suitcase. He suffered from serious medical problems, requiring treatment in his homeland, and needed to travel abroad in order to visit a dying relative and to raise funding for his defence to the liquidators’ claim.

The Court acknowledged that the seizure of his passport represented a significant interference with his personal liberty. In refusing to order its return, however, it found that the liquidators had established probable cause for believing that he intended to quit the jurisdiction and that his absence would materially prejudice their claim.

An undoubted fraud had been perpetrated and the Court noted the very strong public interest in ensuring that court orders have teeth and are obeyed. The liquidators held a strong conviction that the freezing orders would be completely undermined if the businessman were permitted to leave the UK. He had obtained legal aid to fund his defence and his personal circumstances were not so compelling as to mandate the return of his passport prior to an expedited hearing of the committal application.

For more information on insolvency or any other legal services, please contact Healys LLP on 0800 2800432 or email us at enquiries@healys.com.