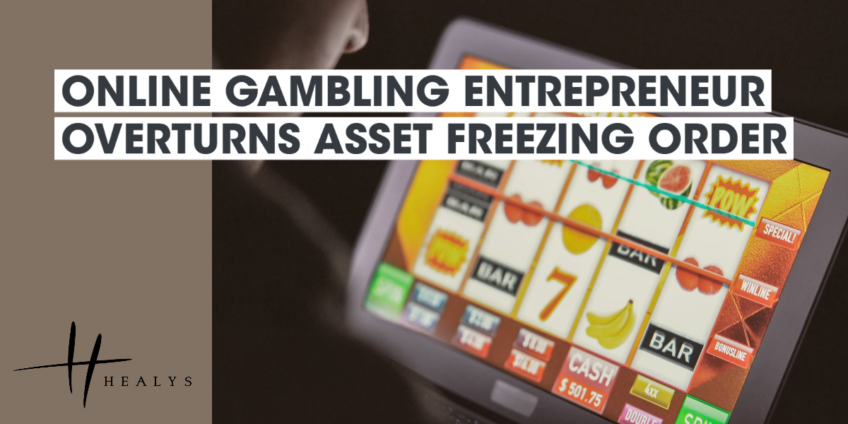 Pre-trial asset freezing orders are not designed as a form of punishment, or to bring pressure to bear on litigants, but as a means of ensuring that judgements are not frustrated by dissipation of assets. The High Court made this clear in a case concerning the sale of an online gambling business.

The purchaser had obtained such an order against an entrepreneur who was the former beneficial owner of half the business. He was alleged to have procured a breach of the sale agreement and to have conspired with his former co-owner to injure the purchaser by becoming involved in a competing venture. The order froze the entrepreneur’s assets up to a value of £4 million.

Setting aside the order, the Court noted that the purchaser was required to show a real risk that any judgement it might obtain against the entrepreneur would not be met due to an unjustified dissipation of assets. The purpose of the order was not to provide the purchaser with security but to restrain the entrepreneur from disposing of his assets in such a way as to render himself judgment proof.

The entrepreneur, who denied any wrongdoing, claimed to be worth more than £100 million overall and had disclosed assets in England and Wales worth far in excess of £4 million, including real property, bank balances, shareholdings and a fleet of luxury cars. He submitted that, in order to defeat a judgement for £4 million, he would have to dissipate almost all of those assets.

The purchaser had a good arguable case against the entrepreneur and the gravity of the allegations he faced were a factor to be considered. However, the purchaser had failed to demonstrate solid evidence of a risk of asset dissipation such as to justify the continuation of the freezing order.

We can advise you on any aspect of banking and finance. For more information, please contact Healys LLP on 0800 2800432 or email us at enquiries@healys.com.