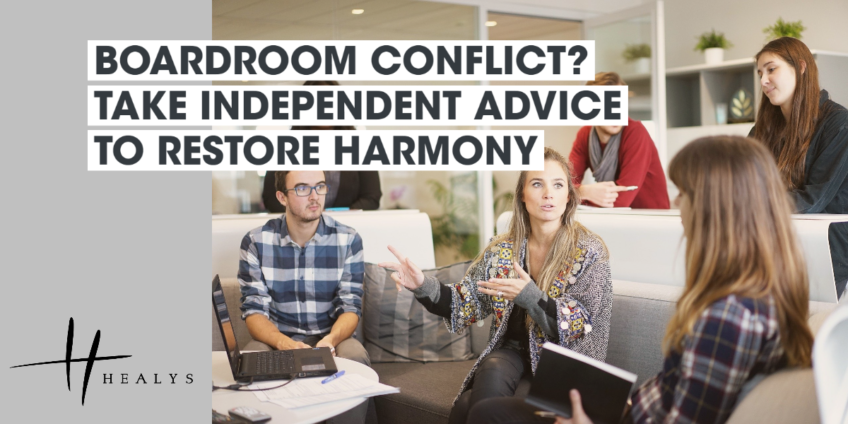 Boardroom disputes are a fact of corporate life. However, as a High Court ruling showed, careful reflection on the basis of legal advice – as opposed to knee-jerk reactions during conflict – is the best way to restore harmony.

This case concerned a company which had thrived under the management of three directors, who were equal shareholders in the business. Following a breakdown in relations, however, one of them was dismissed and excluded from any further role in the company’s management. He launched proceedings under the Companies Act 2006, claiming that he had suffered unfair prejudice as a minority shareholder in the business.

The Court found his colleagues guilty of serious breaches of their contractual obligations. These were contained within a shareholder agreement. Due to their exasperation with him and perception that he was not pulling his weight in the business, they had covertly decided to dismiss him without any prior warning and before disciplinary proceedings were initiated. That decision was driven by personal antipathy and was wholly disproportionate.

They had imposed restrictions on his managerial role and taken important business decisions without consulting him. These included paying bonuses and engaging senior staff. That was despite an extra-contractual understanding between them that he would be entitled to participate in the company’s day-to-day management, at least until he had removed his capital from the business on reasonable terms.

The Court accepted that the fired director had himself breached the shareholders’ agreement in refusing to transfer his shares in accordance with the company’s articles of association. His misconduct was, however, substantially outweighed by that of his colleagues. Subsequently, their arguments that he was obliged to part with his shares at a nominal price were rejected.

The Court heard further argument as to the relief that should be granted as a result of its decision. However, the sacked director was entitled to an order requiring that his shares be bought back at a full market price to be assessed by an independent valuer.

If you have reservations about the activities of any member of your team, contact us for advice. Disputes of these types can be easily handled through a negotiated settlement as opposed to expensive court action.

For more information, please contact Healys LLP on 0800 2800432 or email us at enquiries@healys.com.