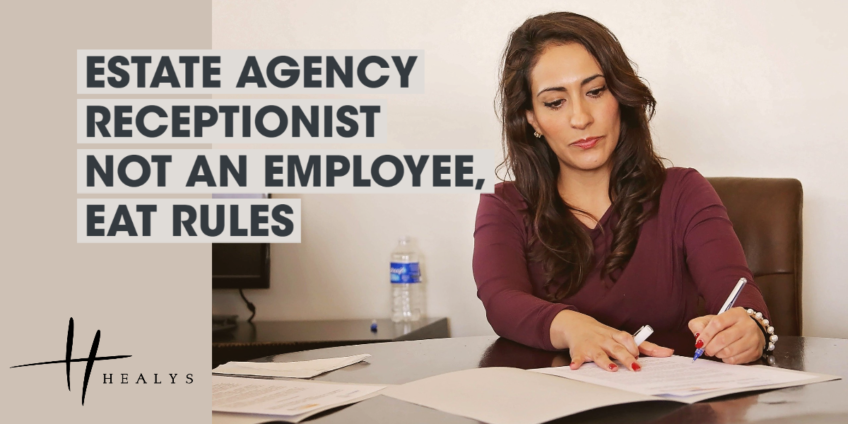 Deciding on whether a worker is an ‘employee’ is both an ongoing and difficult question. This often depends on whether they can substitute someone else to do their job, as defined by the Equality Act 2010. That factor proved decisive in the case of an estate agency receptionist who claimed to have suffered discrimination.

After the woman lodged her complaint with an Employment Tribunal, the estate agency argued, without success, that she was not an employee within the meaning of Section 83(2) of the Act. Therefore, they claimed that there was no jurisdiction to consider her claim that she suffered discrimination due to her pregnancy.

In upholding the estate agency’s challenge to that decision, the Employment Appeal Tribunal (EAT) noted that she had no written contract of employment. Described as a freelancer, she looked after her own tax affairs, received no holiday pay and was not subject to performance appraisals. She was one of a pool of up to six receptionists whose services could be called upon by the estate agency.

The woman argued that, although she was in theory at liberty to decide to work or not to work whenever she chose, the reality was that she would never have left the estate agency in the lurch. She was expected to cooperate in order to ensure that a receptionist was on duty at all times and could not come and go as she pleased.

The EAT, however, found that she was not required to fulfil her role in person. She enjoyed a high degree of latitude in nominating a substitute receptionist to work in her place. The identity of the substitute, even if not from the pool, was of little or no importance to the estate agency so long as he or she was reasonably competent. The woman’s working arrangements thus lacked the personal character required to render her an employee as defined by the Act.

We can provide expert advice on issues relating to employment law. For more information, please contact Healys LLP on 0800 2800432 or email us at enquiries@healys.com.