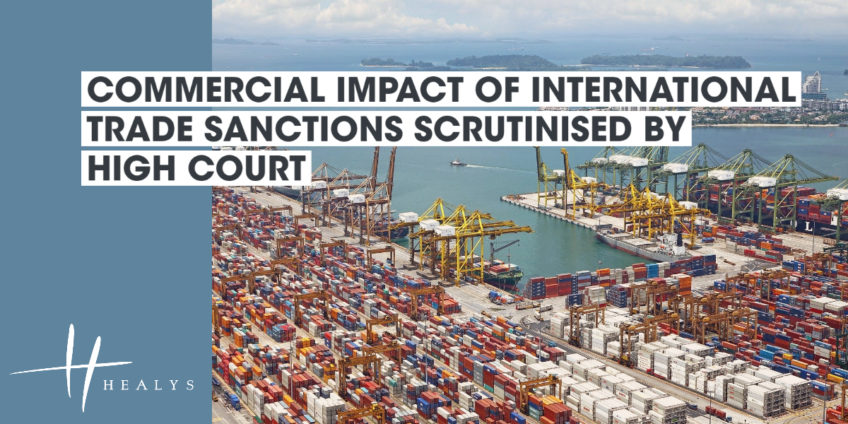 Is a company which has no option but to breach its contractual or other obligations due to international trade sanctions liable for the financial consequences of that breach? That issue came to the fore in a case concerning arms sales to Iran in the 1970s.

A company owned by British government departments entered into contracts to sell tanks and armoured vehicles to the Iranian Ministry of Defence (MODSAF) over 40 years ago. In the wake of the Iranian revolution, the contracts were terminated in 1979. However, litigation has been ongoing in various forums ever since.

Following an arbitration hearing, an award was issued in MODSAF’s favour in 2001. The company’s liability was eventually crystallised at over £127 million, plus ongoing interest. It had paid into court sufficient funds to satisfy the award in full. However, given EU trade sanctions that have been in force against Iran since 2008, those funds could not be paid over to MODSAF.

Whilst the sanctions were in place, the High Court could not order enforcement of the award. Additionally, it had not been decided as to whether it was enforceable in England, having been issued abroad. However, in the context of proceedings issued by MODSAF, the Court considered as a preliminary issue whether interest continued to accrue on the sums awarded whilst the sanctions held sway.

In ruling on the matter, the Court was satisfied that, on a true interpretation of EU Council Regulation 267/2012 – the instrument under which EU sanctions against Iran are currently enforced – interest ceased to be payable on the award whilst MODSAF continued to be a sanctioned entity.

The purpose of Article 38 of the Regulation was to prevent civil claims being brought against those whose performance of a contract or other obligation is impeded by existing sanctions. Had the company not been prevented by the sanctions from satisfying the award, the relevant liability in respect of interest would not have arisen. MODSAF was thus precluded from enforcing the interest component of the award in respect of the sanctions period.

Dealing with foreign governments and their agencies often presents unusual issues. We can help you with corporate government and regulatory compliance, as well as international disputes. For more information, please contact Healys LLP on 0800 2800432 or email us at enquiries@healys.com.