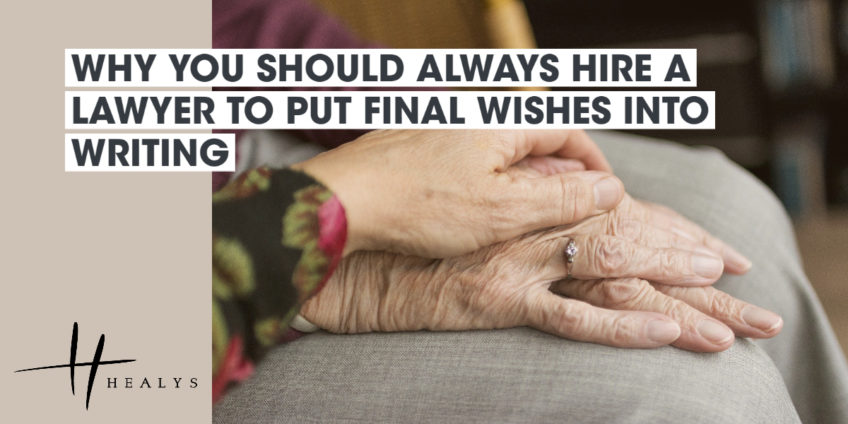 Informally agreeing with your loved ones what is to happen to your assets after you are gone may not be the best practice. You may not have considered all eventualities, and disputes can arise as to what has or has not been promised. A bitter property dispute between a man and his stepmother proved this.

The man’s father and stepmother each had two children from previous marriages. They held their home as joint tenants. Following his death from cancer, the stepmother became the property’s sole owner under the principle of survivorship. She proposed to sell the property so that she could move closer to her daughter. However, her stepson applied to register a restriction against its title. As a result, the transaction had to be aborted.

The stepson claimed to have an interest in the property. This arose from promises his father made to him and his sister before his death. Allegedly, their father assured them clearly and explicitly that they would each have a quarter share in the property. On that basis, it was argued that the stepmother owned the property on implied or constructive trust for the benefit of the four children equally.

In ruling on the matter, the First-tier Tribunal (FTT) noted that all involved in the case had given honest evidence. However, in the absence of any documentary record of what had been agreed, there was a difference of opinion as to what the father had promised before his death. In particular, there was no consideration in family discussions of what might happen if the stepmother intended to relocate in the future.

The stepmother accepted that she had committed herself to leaving her estate to her children and stepchildren equally. She insisted, however, that it had never been agreed that any of them would be entitled to anything prior to her death. Her home was her financial security. Whilst she remained alive, it was hers absolutely and she did not hold it in trust for anyone.

In directing the Chief Land Registrar to cancel the stepson’s application, the FTT noted that the father’s alleged promises were not reflected in his and his widow’s mirror wills. These state that they left everything to each other. Even if the stepson’s recollection of the promises were correct, he had not relied on them to his detriment. They were thus unenforceable and did not give rise to a trust.

We can offer advice regarding wills and probate. For more information, please contact Healys LLP on 0800 2800432 or email us at enquiries@healys.com.