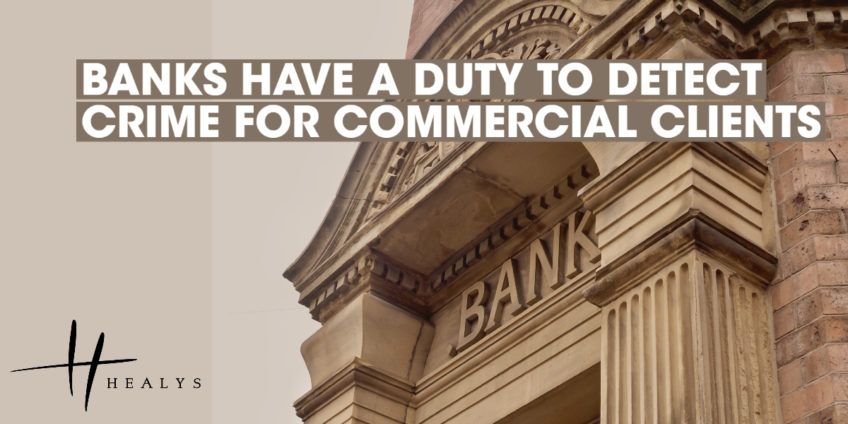 Banks and other financial institutions owe legal duties to assist in the detection of money laundering and other crimes. That duty sometimes requires them to refuse instructions from their own clients. The extent of those obligations came under Supreme Court consideration in a guideline case.

The case concerned $204 million which was held by a UK bank in the account of a Cayman Islands-registered company. On the fraudulent instructions of one of its directors, the bank paid out all those funds to third parties. This left the company unable to meet the demands of its creditors.

After the company entered liquidation, it launched proceedings with a view to recovering the misappropriated money from the bank. The claim succeeded before the High Court and the Court of Appeal, although the company’s award was reduced by 25 per cent to take account of its own contributory negligence.

In ruling on the bank’s challenge to that outcome, the Supreme Court noted that it is an implied term of any contract between a bank and a customer that the bank owes a duty of care not to execute the customer’s instructions if it knows that they have been given dishonestly. That duty would also be breached if a bank shut its eyes to obvious dishonesty or acted recklessly in failing to make enquiries.

The director who instructed the bank was also chairman, president, treasurer and sole shareholder of what was effectively a one-man company. However, the Court emphasised that companies have their own identity and personality, independent from their shareholders and directors. To attribute the director’s fraud to the company would denude the duty owed by banks to their corporate customers of any value in cases where it is most needed and would be a retrograde step.

In dismissing the bank’s appeal, the Court found that a ruling in its favour would serve to disrupt the careful balance that the law strikes between the interests of financial institutions and their customers. The public interest in requiring banks to play an important part in uncovering financial crime would also be undermined.