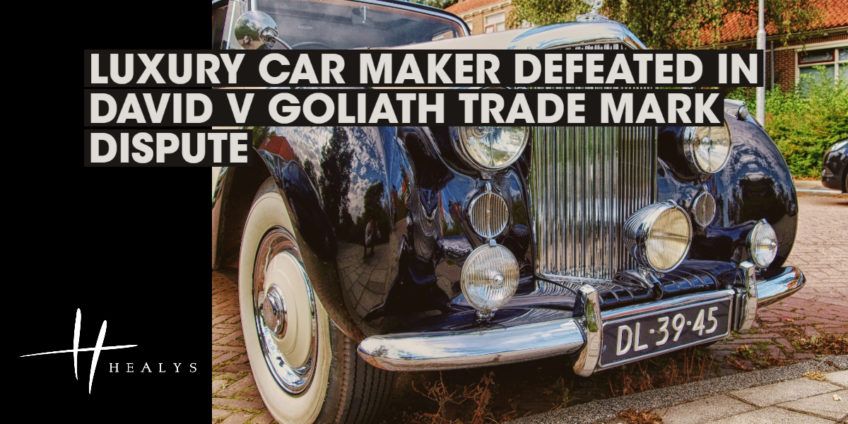 Trade marks are a powerful means of protecting your unique brand, even against much larger or more prestigious potential competitors. In one case, a small clothing company which sold its wares under the name ‘Bentley’ scored a High Court win over household name car manufacturers Bentley Motors.

A clothing company had been using ‘Bentley’ marks – reflecting the surname of its founder – since 1962. The current proprietor of the marks, and their exclusive licensee, launched proceedings against Bentley Motors after it began to sell clothing and headgear bearing ‘Bentley’ labels.

Bentley Motors argued that the appearance of the word on its clothing products was accompanied by its well-known motif, featuring a capital letter B with wings. This would reduce any risk of confusion. The Court, however, found that an average consumer would perceive the motif and the word ‘Bentley’ as two distinct signs used simultaneously, with the latter being afforded greater prominence.

The Court found that Bentley Motors had engaged in a policy of ‘grandmother’s footsteps’ in relation to the clothing company. This consisted of the brand gradually increasing the use of ‘Bentley’ labelling on its clothing products in a way that steadily encroached on the latter’s goodwill. Therefore, it could not be said to have made honest concurrent use of the word in connection with its clothing range.

The finding of infringement meant that Bentley Motors was entitled to continue to sell jackets, silk ties, caps and scarves, as it had done for many years. But, the company could no longer sell other types of clothing or headgear. It was entitled to advertise those goods by means of literature bearing the ‘Bentley’ name, but not to use that word on the goods themselves or other material attached to the goods.

We can offer advice regarding copyright law. For more information, please contact Healys LLP on 0800 2800432 or email us at enquiries@healys.com.