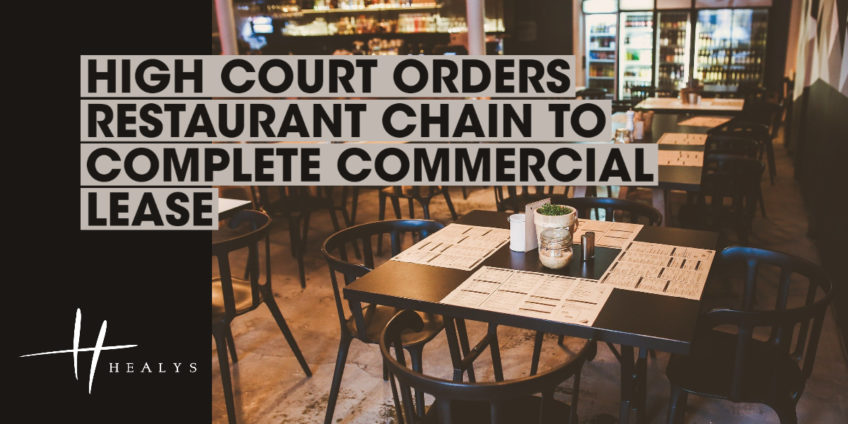 Does an agreement to enter into a commercial lease come to an end if the prospective landlord changes? The High Court tackled that issue in a case concerning new-build restaurant premises.

A restaurant chain agreed with pension trustees who owned the premises’ freehold that it would take a lease of them once construction works were finished. Before that point was reached, however, the trustees transferred them to a property investment company.

Having had second thoughts about entering into the lease, the chain purported to rescind the agreement,. This was on the basis that, as the trustees no longer owned the premises, they were in no position to complete the lease. The chain launched proceedings, seeking a declaration to that effect.

The Court ruled that the trustees had not entered into a personal obligation to enter into a lease. They were thus entitled to perform their obligations under the agreement by procuring the grant of a lease by the company to which they had transferred the freehold. The chain had therefore not validly terminated the agreement and was obliged to complete the lease offered by the company.

We can advise you on any dispute relating to a lease or commercial property law. For more information, please contact Healys LLP on 0800 2800432 or email us at enquiries@healys.com.