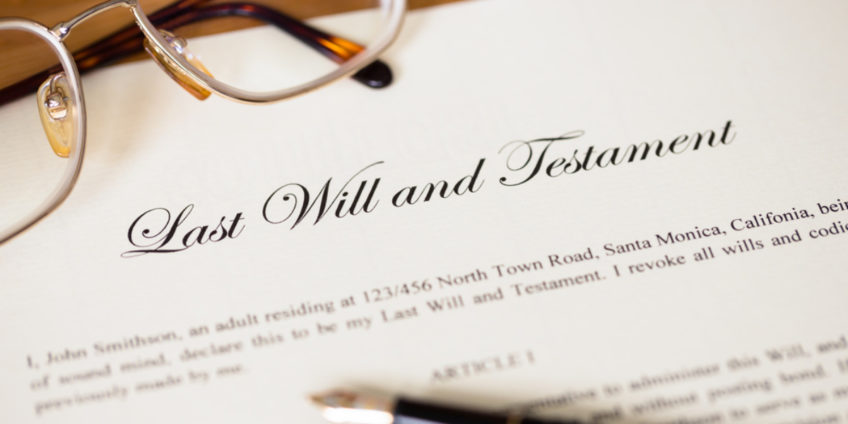 There is a general principle that a person may leave their estate to anyone they wish, but legislation exists. The Inheritance (Provision for Family and Dependants) Act 1975 allows people dependent on a deceased person to claim against the estate if they are not provided for in the will.

It is unusual for such cases to be brought by the spouse of the deceased unless they were separated or had fallen out. However, a recent case was an exception. It involved a man whose will, made in 2014, left everything to his daughter. He died in 2015 and probate of his will was granted in April 2016. His sole asset was the family home.

His wife, whom he married in Pakistan in 1991, is disabled and had lived in the property for 25 years. The time limit for making an application under the Act is six months after the grant of probate, so the time limit for her to make a claim expired in October 2016.

In June 2016, the daughter lodged an application to take possession of the house.

The wife launched a challenge to the 2014 will, which, if found invalid, would mean an earlier will would apply. That will gave the wife the right to reside in the house for life. She also stated that she intended to bring a claim under the Act. However, she then stopped dealing with her solicitors, relying instead on the advice of a friend. No claim under the Act was subsequently made within the time limit and, in the absence of a claim, the daughter made a formal application for possession of the property.

The wife then reinstructed her solicitors, with the result that a court case was necessary to determine whether her application under the Act could be heard by the court despite being lodged out of time.

The district judge who heard the application refused it, which led to an appeal to the Court of Appeal. After considerable debate, the Court allowed the wife’s appeal, enabling her to proceed with a claim under the Act.

This case raises many practical points. Firstly, it makes sense to create a will that is unlikely to be challenged in the first place. The 2014 will was couched in terms such that a challenge under the Act was almost inevitable. Also, since the prior will was more beneficial to the wife, a challenge regarding the validity of the later will was also to be expected.

Secondly, taking legal advice in these circumstances is essential. It could easily have been the case that the woman lost her home because she decided to take informal rather than qualified professional advice for a period. The Court of Appeal is an expensive place to earn the right to bring a case.