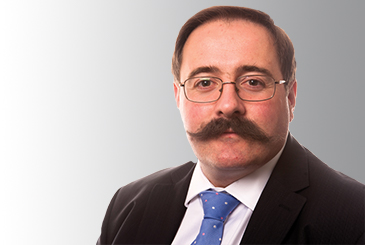 Ben is a Senior Litigator in the dispute resolution team and has experience in a wide range of areas including:

Probate disputes, including claims relating to the challenging of deeds and wills, proprietary estoppel and claims under the Inheritance (Provision for Family and Dependents) Act 1975;

Land disputes, including those relating to title problems, boundaries, easements, and ownership of land;

Professional negligence claims, particularly against solicitors arising from negligence in conveyancing transactions and the drafting of wills;

International disputes, including international freezing orders in support of foreign proceedings and enforcement actions, and disputing jurisdiction in the English courts in claims involving foreign elements.

I was recommended to use Healys LLP, for a rather delicate probate issue. The expert advice that I received from Mr Ben Parr-Ferris prompted my decision to move forward with the matter, despite my initial anxieties. He instilled confidence from the outset and this continued throughout the process as he clearly knows his stuff! He was always keen to listen to my concerns and all legal correspondence were shared with me prior to sending. This was indeed something I greatly appreciated as it is nice to be kept totally in the loop. In a nutshell he made a very difficult situation bearable by answering any concerns I had along the way in a timely fashion. I would therefore not hesitate to use both Ben’s and the firm’s services again should the need arise.

Bringing a claim against a firm of solicitors on behalf of an intended beneficiary of a will. The solicitor had prepared the will negligently so that the claimants inherited nothing even though the testator had intended them to have a substantial bequest forming the majority of the value of the estate. A substantial payout was made by the solicitors’ insurers before the case went to trial.

Representing a testator’s family member to arrange the removal of the named executor of a will based on his unsuitability to act in that position. The named executor had been involved in a protracted dispute with the beneficiaries prior to the testator’s death, and had previously been found to be dishonest.

Glanville -v- Glanville [2002] EWHC 1271 (Ch) Successfully defended a claim brought by the executors of an estate. The executors alleged that a gift of property made during the testator’s lifetime was made following undue influence exerted by his wife. The court found that there had been no undue influence.

Advising a client whose parents had disinherited him because of untrue statements made about him to his parents by his siblings.

Defending a claim brought by a beneficiary of a will who claimed that the testator had no capacity and did not know and approve the contents of her last will. The claim in the High Court’s Chancery Division arose from a bitter rift in the family, and was very hotly contested with neither side wanting to give ground to the other. Despite this, the claim was settled at mediation shortly before trial.

Advising an executor in respect of an asset that had been deliberately transferred by the testatrix before her death to prevent it falling into the hands of her husband under the will. The testatrix had not wanted to reveal to her husband that he would not inherit the property. Following correspondence with the husband’s solicitors his threatened claim for the property to be transferred to him was not pursued.

Advising a litigant on the merits of an appeal following a trial (in which we had not acted) where the client had failed to prove that either of the testator’s last two wills should be propounded. Our analysis showed that the trial judge had been wrong on some points of law, but that an appeal was not worth bringing because the only will that could stand and would have benefitted the client was unenforceable for reasons that had not been identified earlier.

Advising an executor where family members who had been bequeathed a share of a property had taken up occupation of it and refused to leave.

Acting for an executor and beneficiary in proceedings where the testator’s brother had alleged that the will had not been executed properly because the attesting witnesses were not present and together when the will was executed by the testator. Extensive witness evidence was obtained to rebut the allegations, and an application made to the court to prove the will. The claim of improper execution was withdrawn before the proceedings reached trial and the matter settled.

In a case where a former spouse of the testator disputed the testator’s ownership of property purported to be disposed of in the will, and sought provision under the Inheritance (Provision for Family and Dependents) Act, the value of the estate was not sufficient to merit proceedings being issued. We negotiated a settlement in correspondence.

Representing the wife and family of a testator where the family discovered after the testator’s death that most of the testator’s property had been fraudulently transferred to another family member. Included proceedings before the Adjudicator to HM Land Registry to protect the property from disposal before applying to the court to recover the property for the estate.

Application to the court for the sale of a property held in a will trust to allow one of the beneficiaries to access his share of the sale proceeds. The court ordered a sale and made a costs order against the beneficiary who had opposed the sale.