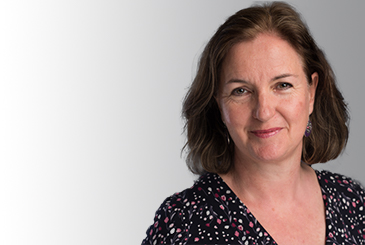 Eleanor qualified as a solicitor in 1993, having trained with City firm Clyde & Co.

She has spent the majority of her career practising at commercial law firms in Sussex.

Eleanor advises clients on commercial and civil disputes and she has an established expertise in insolvency litigation (both corporate and personal).

Acting for a Liquidator on a highly contentious transaction at undervalue / misfeasance claim against the former directors, concerning the sale of two businesses and land to a new company (of which they were also directors).

Acting for a football club in making an application to restrain the presentation of a Winding Up petition as part of a multi-disciplinary team in a high-profile dispute concerning the redevelopment of land belonging to the club.

Obtaining an annulment of client’s bankruptcy in complex circumstances and enabling him to remain in his home.

Achieving a favourable settlement for a former director of a company, who was being sued by the purchaser of his business for breach of warranty under the Sale Agreement.

Representing an individual subject to proceedings brought by the Executors of his aunt’s estate for an account to be taken, following his actions as her attorney during the 3 years prior to her death.

Negotiating a settlement for 4 siblings who were subject to a claim under the Inheritance Act (Provision for Family and Dependants) 1975 in connection with their mother’s estate. The claim was being pursued by their stepfather.

Providing advice on use of prohibited names to directors setting up a new company post insolvency.