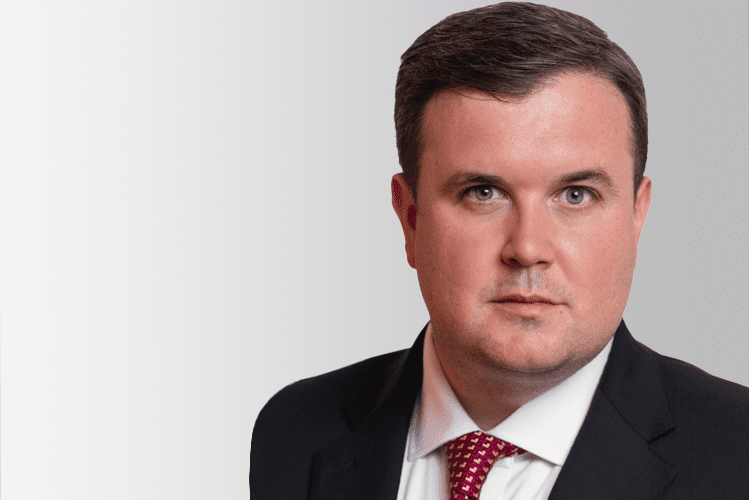 Ryan joined the firm as a partner in March 2022.

Ryan was trained and qualified at a corporate City firm located only a stone’s throw from the Royal Courts of Justice. Ryan has extensive experience of property litigation, commercial litigation, contentious probate and insolvency. Prior to joining Healys, Ryan also acted as head of litigation at a renowned firm and a partner at a city firm.

Ryan has a wide-ranging practice encompassing most aspects of commercial, property, and “modern chancery” litigation. Ryan also has strong expertise in domestic and international insolvency. His cases range from small matters in the County Courts and other Tribunals, to multi-million pound disputes in the High Court and overseas. He has a growing portfolio of commercial matters and his work often has an international flavour. He combines intellectual rigour and attention to detail with a down-to-earth, common sense approach to litigation.
Much of Ryan’s work cuts across traditionally defined disciplines, and as a result he is often praised for his ability to think outside the box. Whilst a fierce litigator, he is ever conscious of the practical and commercial needs of clients and is regularly instructed to assist in Mediations and other forms of Alternative Dispute Resolution.

Ryan frequently advises on complex litigation and has a wealth of experience in the High Court and the Court of Appeal. Ryan has worked on numerous high profile cases and his experience far exceeds his years of call as a solicitor. Ryan is very dedicated and will go out of his way to ensure that his clients receive the best possible outcome.

After a two week trial, Ryan was one of the team who were successful in defending an £8m claim in fraudulent misrepresentation. In handing down his judgment in Ahuja Investments Ltd v Victorygame Ltd [2021] EWHC 2382 (Ch), HHJ Hodge QC (sitting as a Judge of the High Court) agreed that there was no reliance by the Claimant on the (admittedly false) statements made by the Defendants and accepted their criticism of the Claimant’s expert when determining that there would have been no loss in any event. A substantial judgment was also entered in the First Defendant’s counterclaim. The case is noteworthy for being unusual in a number of regards including the successful discharge of the evidential burden by a Defendant to show non-reliance when the representations were held to be fraudulent and the drawing of (favourable) adverse inference from the failure by the Claimant to call certain witnesses.

Hanina v McSpadden and others [2017] County Court at Central London

The Court determined that each of the parking spaces in a development of three properties in Hampstead, London should be 2.1m wide as was argued by Ryan, on behalf of his client, throughout. Acting for the Third Party, Ryan also successfully argued that they had acquired rights to use a communal bin store situated on the Defendant’s land by the law of prescription. The Court also addressed issues relating to the construction of a restrictive covenant and dismissed claims for damages against Ryan’s client for trespass in relation to the use of the forecourt.

The High Court granted summary judgment where it had been clear beyond doubt that defences to a company’s proprietary claim would fail as even if it could have been established that company funds used to purchase property had been repayments for funds personally loaned to the company, it was not possible to set off those amounts against the company’s continuing proprietary claim.

The Court of Appeal overturned the decision of the High Court. Ryan acted for the appellant, Mrs Elia, who appealed against a declaration made on an application for summary judgment ([2012] EWHC 1256 (Ch)) that the respondent limited company (E) was the beneficial owner of 35.5 per cent of a London flat and against an order for its sale.

E processed credit card payments and had been profitable. Mrs Elia’s son, Mr Elia, was a director and beneficial owner of E who had caused it to pay a 10 per cent deposit on the £4 million flat. The remainder was funded by a mortgage and the flat was registered in R1’s name. Some six months later, Mr Elia assigned his interest to Mrs Elia for £25,000 subject to the existing mortgage and a personal loan of £785,000. The subsequent failure of two of E’s customers left it liable to cover chargebacks of some £57 million and E was placed in administration. The administrators sought to recover a total of £4.206 million, alleged to have been paid by E to Mr Elia in breach of his fiduciary duties. Mr Elia maintained that the payments had been made while E was solvent and in repayment of director’s loans he had made to it.

Ryan, on behalf of Mrs Elia, contended that the orders had been made before disclosure and oral evidence and that she had a realistic prospect of defending the claim on the basis that no breach of fiduciary duty had been involved in Mr Elia’s purchase of the flat with monies paid to him by the Company.

The Court held that whether the payments were a preference and whether Mr Elia had acted in breach of fiduciary duty were tied up with the question of E’s solvency and should be investigated at trial. The judge had been wrong to find E’s insolvency was beyond reasonable doubt. He could not have been sufficiently certain that E had been either insolvent, or on the brink of insolvency, when the money had been paid to Mr Elia and that Mr Elia had been aware of pending insolvency at the time. Although the contemporary management accounts had provided strong evidence that E had been balance sheet insolvent, an excess of liabilities over assets was not a bar to E continuing to trade, provided that its liabilities could be met as they fell due. Mrs Elia had been entitled to rely on the survival of E for a further year as evidence that it had the necessary financial support to continue and that might have justified Mr Elia in taking an optimistic view of the future. Those were issues for a trial and not for a Part 24 application (see para.30 of judgment). Appeal allowed

Ryan represented a senior partner of a law firm whose former client, a property millionaire, parked his Range Rover outside the client’s office. The car had various placards which made libellous comments against Ryan’s client. This matter was a high profile libel matter.

The Administrative Court quashed a warrant which had been issued by a magistrate allowing its officers to enter home of Ryan’s client and his company’s business premises in order to search for evidence of sale of satellite decoder cards imported from Albania.

The trading standards officer who had applied for the warrant had alleged that Mr Vuciterni (Ryan’s client) was guilty of offences of dealing in unauthorised decoder cards contrary to section 297A of the Copyright, Designs and Patents Act 1988 but had failed to make the magistrate aware of the decisions of the High Court Chancery Division (Kitchin J), of the High Court (Administrative Court), or of the Opinion of the Advocate General in FAPL v QC Leisure/Murphy v Media Protection Services Joined Cases C-403/08 & C-429/08, all of which indicated that using a lawfully issued satellited decoder card in a different country contrary to the wishes of the broadcaster or its licensors would not amount to an offence under section 297A.