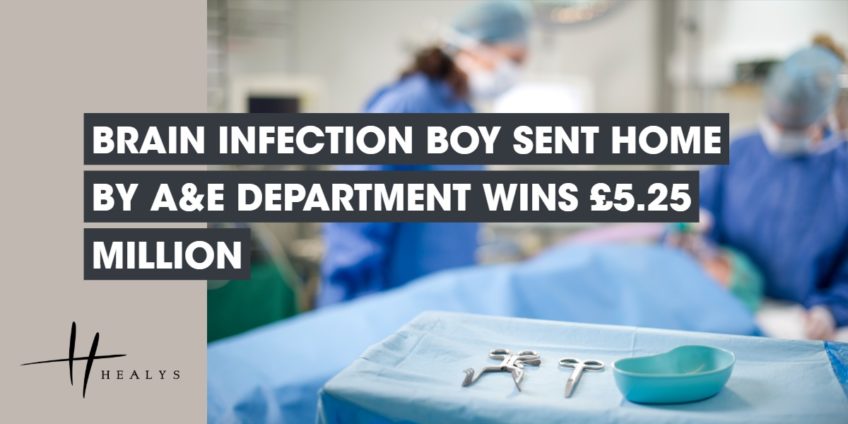 Hospital accident and emergency departments work under intense pressure but, if negligent mistakes are made, it is only right that compensation is paid. In a case in point, a boy who was sent home by medical staff despite suffering from a rare brain infection has won a seven-figure compensation pay out from the NHS.

The boy was a few months old when he contracted encephalitis, a condition that starts with flu-like symptoms but is life threatening if not treated swiftly. His parents took him to their local A&E department, but he was sent home. His illness was not diagnosed until the following day when he was admitted to the hospital. He suffered serious brain injuries and was left facing a lifetime of disability.

Legal action was taken on the boy’s behalf against the NHS trust that managed the hospital. It was admitted that hospital staff had breached the duty of care they owed him in sending him home on the first occasion. However, the trust disputed liability to pay damages, claiming that the mistake had made no difference to the tragic outcome.

Despite that difficulty, however, a £5.25 million settlement of his case was agreed. In approving the lump-sum payment, the High Court noted that, although it did not represent the full potential value of his claim, it was enough to make a very real difference for the rest of his life.

Although nothing can truly compensate for mistakes that permanently damage one’s health, a settlement can relieve financial worries while victims of medical errors and their families adjust to the consequences. We can advise you if you have been injured as a result of medical negligence, contact us on 0207 822 4000 or email injury@healys.com