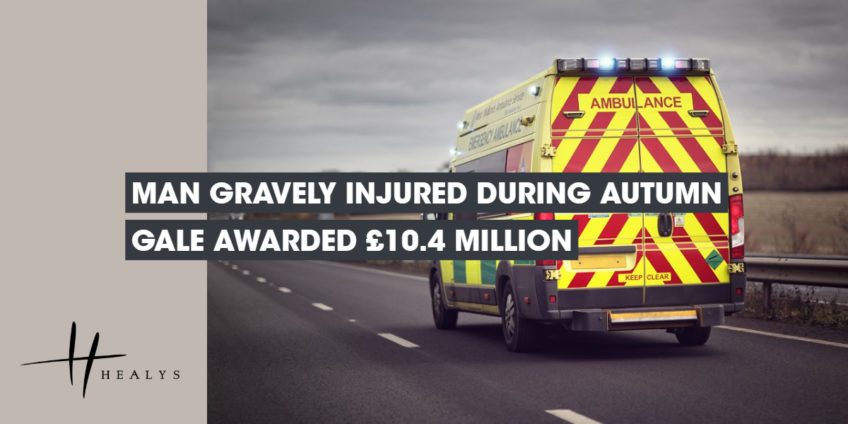 Freak accidents do happen but, where an accident is someone else’s fault, it is all part of a specialist lawyer’s work to ensure that victims are fairly compensated. In one case, a young man who was catastrophically injured when felled by a heavy metal gate that was blown into him by a gust of wind secured £10.4 million in compensation.

The man, aged in his 20s, was leaving his place of work under a railway arch in an autumnal gale when the gate swung into him with such force that he was knocked straight to the ground. He suffered head injuries that have left him partially paralysed down one side of his body and largely wheelchair dependent. Brain damage has also affected his cognitive abilities and he remains in need of constant care.

The company for which he worked swiftly admitted liability, but problems arose because its insurance cover was limited to £10 million. Proceedings were therefore also launched on his behalf against the owner of the site, Network Rail. Following negotiations, settlement terms were agreed and approved by the High Court. The company’s insurers and Network Rail accepted joint and several liability to pay the entirety of the agreed damages.

For expert legal support if you or a member of your family has had an accident or injury and needs to claim compensation, contact us on 0207 822 4000 or email injury@healys.com