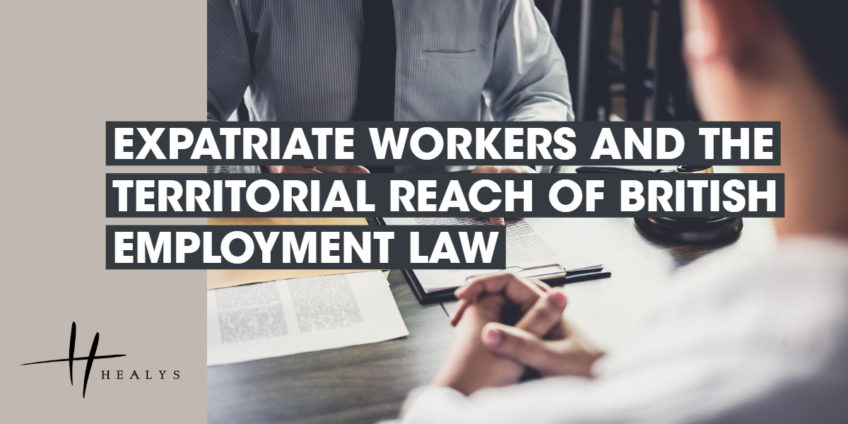 The general rule is that employees who work outside Britain cannot bring complaints before domestic Employment Tribunals (ETs). However, as a guideline Court of Appeal decision showed, there are exceptions and the issue of where the territorial reach of UK employment law finds its limits is highly fact sensitive (The British Council v Jeffery).

The case concerned a teacher who worked for the British Council in Bangladesh. An ET ruled that it had no jurisdiction to entertain his claims of unfair dismissal, whistleblower detriment and discrimination. However, that ruling was subsequently reversed by the Employment Appeal Tribunal (EAT) and he was granted permission to proceed with his case.

In ruling on the British Council’s challenge to that decision, the Court noted that, in general, someone who lives and works abroad, even if they are a British citizen and working for a British employer, will be subject to the employment law of the country where they work. However, a distinction is drawn between true expatriates and, for example, workers who commute abroad from the UK, those who work abroad in British enclaves and those who are posted to foreign lands by a British employer for the purposes of a business conducted in Britain.

In dismissing the appeal, the Court noted, amongst other things, that the teacher’s employment contract was governed by English law and that he retained his entitlement to a British civil service pension notwithstanding his posting abroad. In order to cancel out the tax benefits he would otherwise have enjoyed as an expatriate, his remuneration was adjusted so that he was in an equivalent position to British Council employees in the UK. The Court also noted that the British Council has a particularly powerful connection to the UK, in that it serves as this country’s international organisation for cultural relations and educational opportunities. In the circumstances, it was clear that his employment should be subject to UK law.

The Court also considered the case of an employee who worked for a British trading company in the Middle East (Green v SIG Trading Limited). He lived in Lebanon and commuted to Saudi Arabia to perform his duties. He complained of whistleblower detriment and unfair dismissal but, in a decision that was subsequently confirmed by the EAT, an ET found that it had no jurisdiction to consider his case.

In dismissing his challenge to that decision, the Court noted, amongst other things, that he had lived in Lebanon for ten years. He had a Lebanese wife and paid no UK tax or National Insurance Contributions. He owned no property in the UK and, as he lived abroad, he was not part of his employer’s pension scheme. In those circumstances, the EAT’s view that he was a true expatriate, and that his claims thus fell outside the territorial reach of British employment law, could not be faulted.

The law pertaining to the rights of employees working abroad can be very complicated. Call us on 0207 822 4000 or email employment@healys.com and we can provide specialist advice on your individual circumstances.