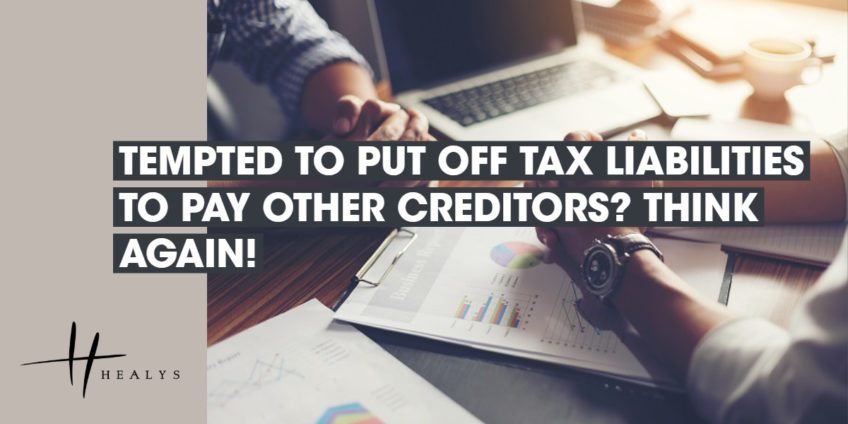 Struggling companies all too often put off settling their tax liabilities in order to meet their other creditors’ demands and stay afloat. However, a case in which the boss of a beauty treatments business was banned from holding directorships shows how very unwise that is.

When the company went into voluntary liquidation, it owed more than £200,000 to creditors, the largest of whom was HM Revenue and Customs (HMRC). VAT and PAYE payments had not been made and, in those circumstances, the Secretary of State for Business, Energy and Industrial Strategy launched proceedings against the company’s sole director under the Company Directors Disqualification Act 1986 on the basis that he was unfit to run a company.

The director expressed contrition and accepted that he was ultimately responsible for the unpaid tax. He had been facing personal difficulties at the time and his lawyers argued that it was a case of inadvertence in extenuating circumstances. He had not caused the company to trade when insolvent and it was not a case of fraud, want of commercial probity, dishonesty or total incompetence.

In ruling on the case, the High Court found that the director had not formed a fixed and settled intention not to make payments that were due to HMRC. He had hoped to trade out of the company’s financial difficulties and had consciously decided to pay only those creditors who pressed for payment.

In doing so, however, he had shown himself to be not unduly troubled by the company’s failure to meet its tax liabilities, which he did not consider a pressing concern. Although he had put his own money into the company and had not acted for personal gain, he had prioritised other creditors over HMRC.

In upholding the Secretary of State’s application, the Court noted that it did so with a measure of regret. The director was a personable, enterprising and, in all likelihood, fundamentally honest individual who had endured considerable financial losses and personal setbacks whilst the company traded. The period of his disqualification from holding company directorships would be set following further argument, but the Court noted that the case clearly fell into the lowest bracket of culpability.

The recent Budget will restore the need to give preferential treatment to Crown creditors (e.g. HMRC) over other creditors in an insolvency. If your business is struggling to pay debts as they fall due, take advice promptly. Delay can prove disastrous. Call us for advice on 0207 822 4000 or email insolvency@healys.com