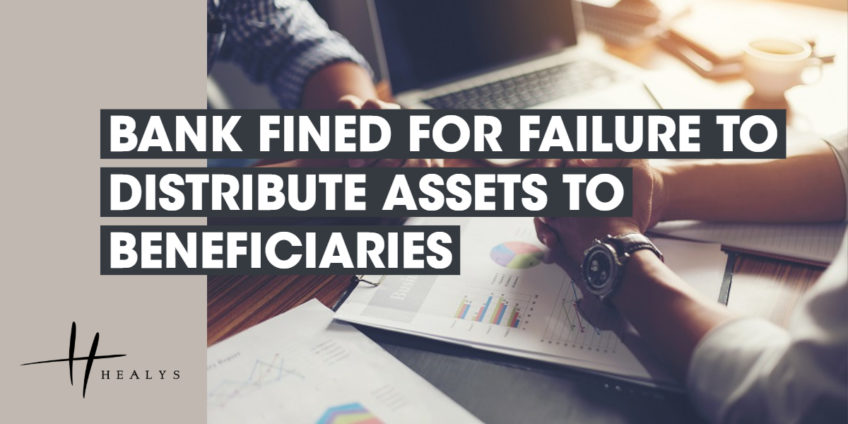 Recently, Santander was fined more than £30 million for failing to distribute more than £180 million held in deceased customers’ accounts to their personal representatives or entitled beneficiaries. More than 40,000 account holders were involved in a problem that persisted for years, leading to an investigation by the Financial Conduct Authority (FCA).

One of the chief issues that the bank faced was that its procedures were unable to identify when a deceased account holder held several accounts. This meant that assets were not identified and dealt with, delaying the administration of the relevant estates. In some cases the bank simply did not arrange transfers to the accounts of the personal representatives. The bank was criticised for ‘failing to treat its customers and those who represented them on their death fairly’.

The problems were rectified ‘properly and promptly’ once identified, according to the FCA.

Many people appoint banks as executors of their wills, which is usually a far more expensive option than using a solicitor: indeed, banks regularly refer wills and probate work to solicitors. One other issue that can arise is that the administration of estates becomes protracted.

If you wish to have your estate dealt with expediently and professionally, call us on 0207 822 4000 or email enquiries@healys.com