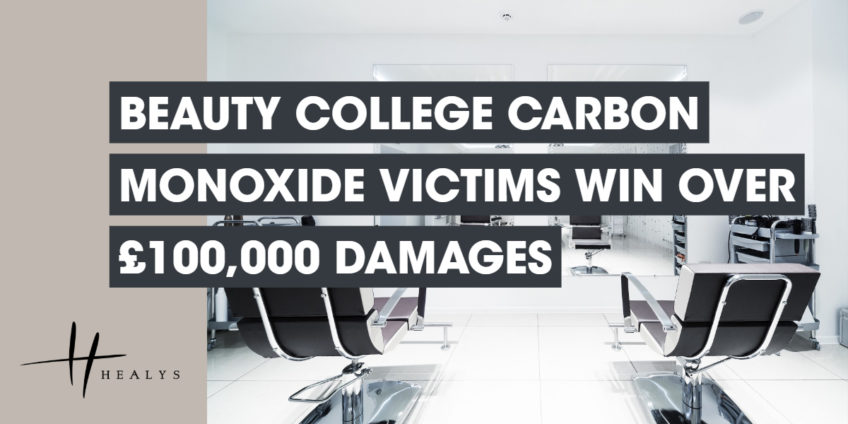 Those who suffer injury as a result of their employer’s negligence or failure to comply with health and safety rules are entitled to compensation. In one striking case, nine hair and beauty college workers who suffered carbon monoxide poisoning due to a blocked boiler flue won over £100,000 in compensation between them.

For about two years, the women suffered a range of mysterious symptoms, including headaches, dizziness, vomiting and sleepiness during the day. Many of them put their symptoms down to the stress of their jobs until it emerged that carbon monoxide gas had been seeping into their workspace from a basement boiler room.

In upholding their claims against the college that employed them, a judge ruled that it had been negligent and failed to provide a safe place of work. Although a significant number of its staff had complained of similar symptoms, typical of carbon monoxide exposure, the college had failed to respond or carry out a risk assessment.

The local authority that owned the premises, and its predecessor in title, had also breached their duty under the Occupiers’ Liability Act 1957 in failing to inspect or maintain the boiler flue, with the result that it fell into a dangerous state of disrepair. The women’s damages awards ranged between £8,566 and £16,306, depending on the severity of their symptoms and the extent of their financial losses.

Employers who fail to prevent exposure to harmful substances risk action being taken against them by employees whose health is damaged as a result. If your health has suffered because of the negligence of your employer, contact us for advice on 0207 822 4000 or email injury@healys.com