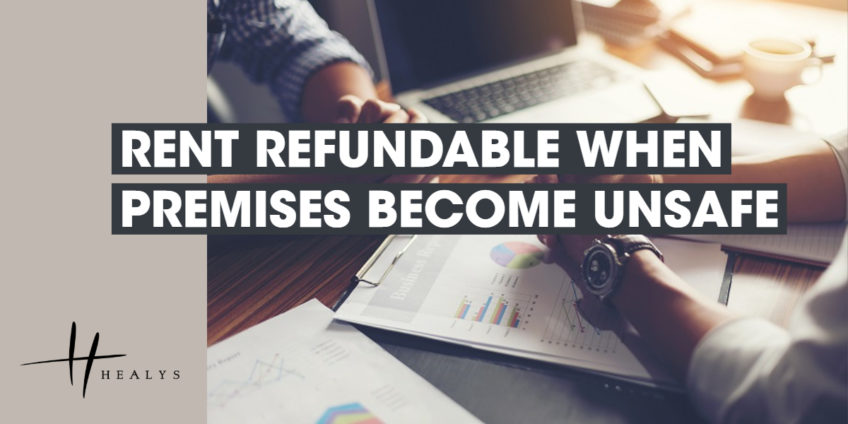 A recent case, brought by a man who had entered into a two-year tenancy agreement with no break clause on a house and garden in Kent, dealt with the interpretation of a rent suspension clause.

When the garden wall partially collapsed four months into the tenancy agreement, the tenant – who had paid the £34,000 rent in advance – was understandably discomfited, especially as he had advised the landlord’s letting agents about a bulge in the wall on several occasions before it collapsed.

The wall collapsed over the path at the side of the property and also damaged a pipe needed for the operation of the heating system. It appeared to the tenant that the remainder of the wall was also in increasing danger of collapse and he instructed a structural engineer to prepare a report, the conclusion of which was that the property was not considered ‘safe as a habitable dwelling’.

The tenant invoked the rent suspension provisions of the agreement and, in effect, asked for part of his money back. The clause operated ‘if the premises or any part thereof shall, at any time during the tenancy, be destroyed or damaged by any risk insured by the landlord’.

At the first hearing the judge considered that the possibility of further landslip, which could not be controlled, was such that the property was not habitable until remedial works were carried out. He ordered the landlord to repay more than £18,000 in rent, together with release of a deposit of £2,025 and legal costs of £10,000.

That decision was upheld on appeal to the High Court.

It is worth noting that the Court was very critical of the expert witness used by the landlord, concurring with the judge in the lower court that his report was ‘overly partisan’. Expert witnesses are retained to present evidence to the court, not to promote one side’s case. They should not be a ‘hired gun’, and when bias is detected, it can do more harm than good.

If you face issues regarding the safety of premises you rent, contact us for advice on 0207 822 4000 or email enquiries@healys.com