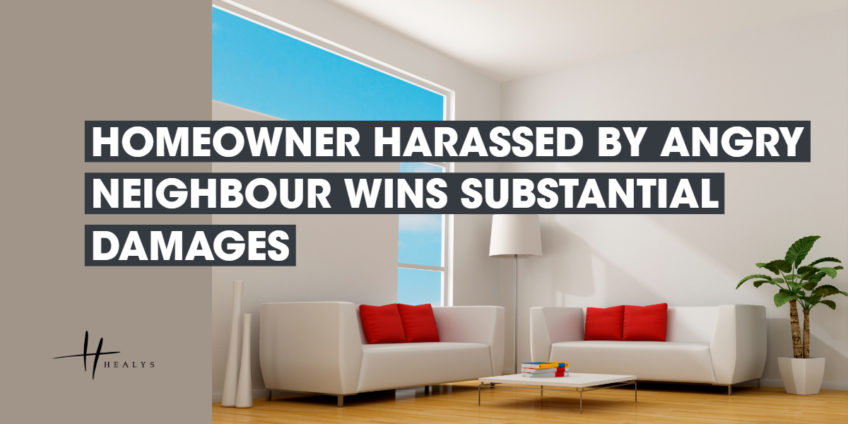 Everyone has a right to complain about their neighbours’ behaviour, but where such complaints are unjustified and take the form of harassment the consequences can be severe. In one such case, a flat dweller who made a fellow resident’s life a misery was ordered to pay him almost £100,000 in damages.

The woman was accused by her upstairs neighbour of rendering him a prisoner in his home by her frighteningly angry behaviour. He said that she constantly banged on the ceiling and screamed abuse at him in what became a vendetta. She was alleged to have subjected him to a stream of veiled threats, intimidating emails, unsigned notes and obstruction. Even after he moved out and rented his flat to students, they suffered the same sort of treatment at the woman’s hands.

In upholding the man’s harassment claim, a judge found that the distress and anxiety he had endured during a 21-month period was the reasonably foreseeable result of the woman’s conduct. She had also caused a nuisance by allowing her garden to grow so out of control that it blocked light to the man’s front room.

Given the property blight arising from the history of dispute, the man was ultimately constrained to sell his flat for £69,000 less than its £700,000 market value. The judge awarded him a total of £96,963 in damages to reflect that and other losses and to compensate him for the distress he suffered. The woman was also ordered to pay £50,000 towards his legal costs.

Negotiating a suitable settlement requires awareness of many factors. Our experienced team takes all relevant issues into account in helping our clients achieve the best possible compensation awards.

For more information about the services we provide, contact us on 0207 822 4000 or email injury@healys.com