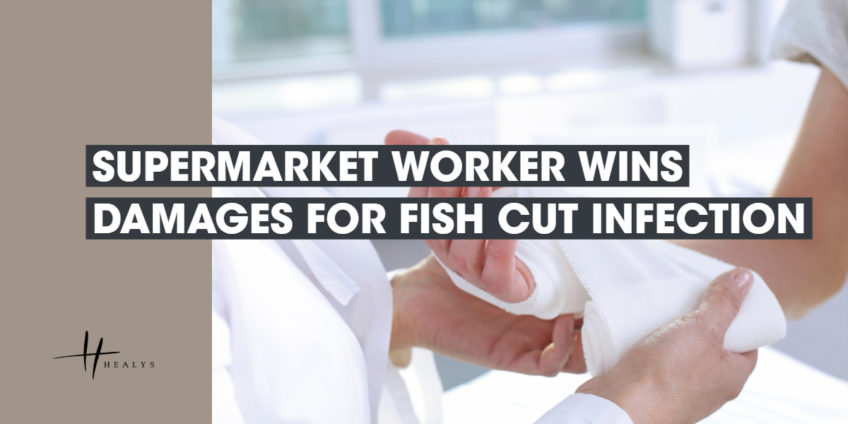 A supermarket worker who cut her thumb while working on the fish counter has secured compensation from her employer after her injury led to her developing a serious infection.

The woman was gutting and cleaning fish when she cut her thumb on a sharp fin. A first aider put a plaster over the cut, but it had to be changed several times over the course of her shift.

By the next day her thumb had changed colour. Her employer insisted that she carry on working, however, and told her to remove the surgical glove she was wearing.

She went to see her GP and it transpired that bacteria in the stomachs of the fish she had handled had led to a serious infection. She was admitted to hospital on a number of occasions over the following months and had to take antibiotics. It was nearly a year before she could return to work.

She brought a personal injury claim against the supermarket that employed her, arguing that the plasters she had been given did not adequately protect the cut. Had her injury been properly protected, she may well not have developed the infection.

This case was unusual as the failure to protect the employee’s health and safety occurred after the initial injury. If you have suffered illness or injury brought on by poor workplace practices and would like to discuss your case, contact us on 0207 822 4000 or email injury@healys.com