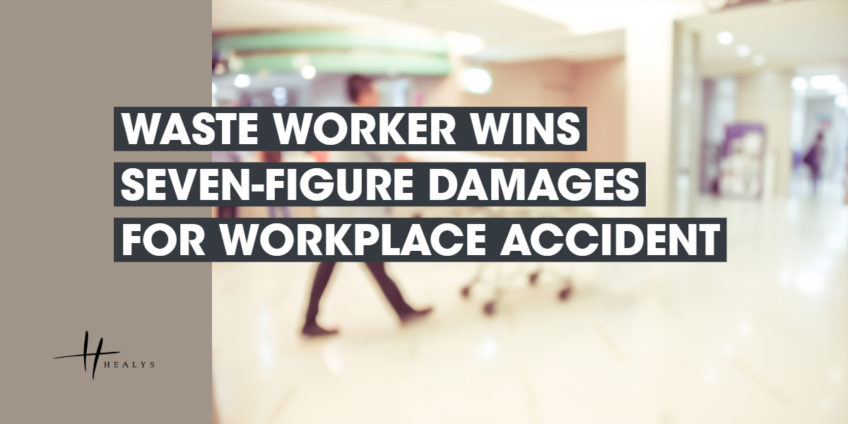 If you are injured as a result of your employer’s failure to match up to health and safety obligations, it is important to seek legal advice to ensure you are properly compensated. The point was proved by one case in which a man who suffered catastrophic head injuries in a workplace accident won seven-figure damages.

Employed as a fabricator by a construction and waste management company, the man was assisting in the refurbishment of a waste compactor when the accident happened. He was inside the compactor, attempting to free up a seized blade, when a chain snapped under extreme tension and struck him on the head.

He suffered a depressed skull fracture and was in intensive care for 17 days. He has since made a significant recovery and is able to walk independently and feed himself. However, damage to his brain has left his cognitive, communication and word-finding skills gravely impaired. Unable to express his thoughts, his working memory has been assessed in the lowest 0.1 per cent of his peers.

A personal injury claim was brought on his behalf against his employer, alleging numerous breaches of health and safety regulations, including a failure to assess the risk of the activity in which he was engaged at the time of the accident. Following negotiations, the company admitted liability and agreed to settle his claim for a lump sum of £4.2 million. The High Court approved the settlement.

Employers have a legal duty to assess health and safety risks in the workplace and take reasonable steps to remove or minimise those risks. If you have been injured at work through no fault of your own, you could be entitled to compensation. Contact us for advice on making a claim on 0207 822 4000 or email injury@healys.com