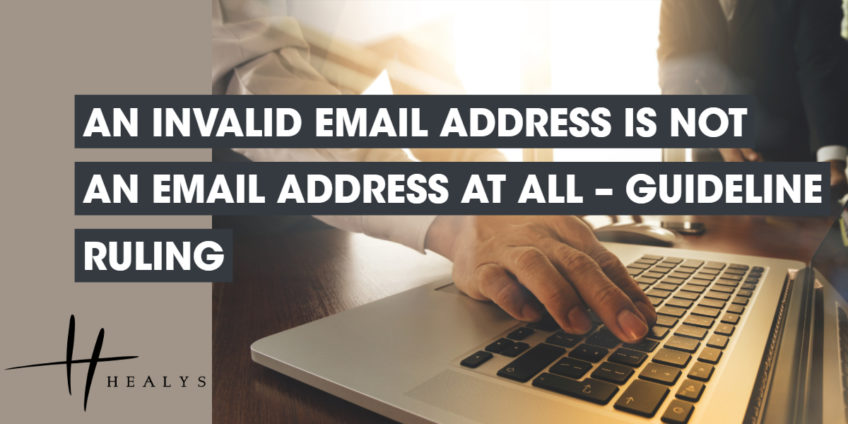 The trouble with email addresses is that a single missing or misplaced character, even a dot, renders them entirely useless. The Employment Appeal Tribunal (EAT) confronted the consequences of one such error in a guideline decision (Galloway v Wood Group UK Limited).

In accordance with procedural rules that govern Employment Tribunal (ET) cases, a man who claimed to have been unfairly dismissed notified the Advisory, Conciliation and Arbitration Service (Acas) by completing an early conciliation form. In doing so, he gave a return email address, but this was missing a vital dot.

An ET subsequently found that Acas had fulfilled its duty by sending the email, albeit to an invalid address, and the man’s claim had therefore been lodged out of time. His challenge to that ruling hinged on the meaning of the phrase ‘an email address’ contained within Paragraph 9(2) of Schedule 1 of the Employment Tribunals (Early Conciliation: Exemptions and Rules of Procedure) Regulations 2014.

The EAT acknowledged that Acas was in no way responsible for the debacle to which the mistranscribed email address gave rise, and that the effect of its ruling was to rescue the man from the consequences of his own error. However, his fault was irrelevant to the task of construing the phrase. The ruling meant that the man’s claim had been issued within the time limit and could proceed to a hearing.