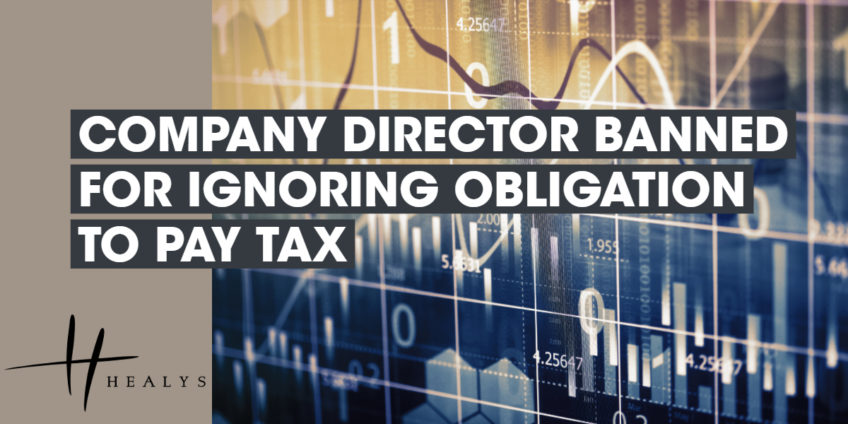 Directors of struggling companies all too often place payment of tax at the bottom of their priority lists, with the result that it is the public purse that frequently suffers most in the event of insolvency. However, as a High Court decision showed, such conduct can have career-ending consequences.

The case concerned a company which traded for only about two and a half years but which owed more than £580,000 in Income Tax, National Insurance Contributions, Corporation Tax, Stamp Duty and VAT when it entered administration. Despite having at one point achieved an annual turnover in excess of £1.2 million, it had paid only about £50,000 in tax throughout its trading history.

No payments at all were made in respect of VAT and more than £400,000 was said to be owed to other creditors, including about £94,000 to the redundancy payment service run by HM Revenue and Customs (HMRC). Unauthorised payments were also made from the company’s account, including more than £24,000 to its sole director, after HMRC presented a winding up petition.

After the Secretary of State for Business, Energy and Industrial Strategy launched proceedings against the director under the Company Directors Disqualification Act 1986, the Court found that he was responsible for the company’s operation of a deliberate policy of discrimination against HMRC from the outset of its trading.

Although, as a professional man, he was well aware of the consequences of trading to the detriment of HMRC, he had exhibited an irresponsible lack of probity. The Court noted that his disregard of his duty to consider the interests of creditors was motivated by a significant element of personal benefit and that he had shown no recognition of his misconduct. In the circumstances, he was banned from acting as a company director for eight years.

Under the law as it now stands, debts to the tax authorities carry a preference over those to other creditors. If you are in financial difficulties, taking advice early is important. Delay seldom makes the position better.