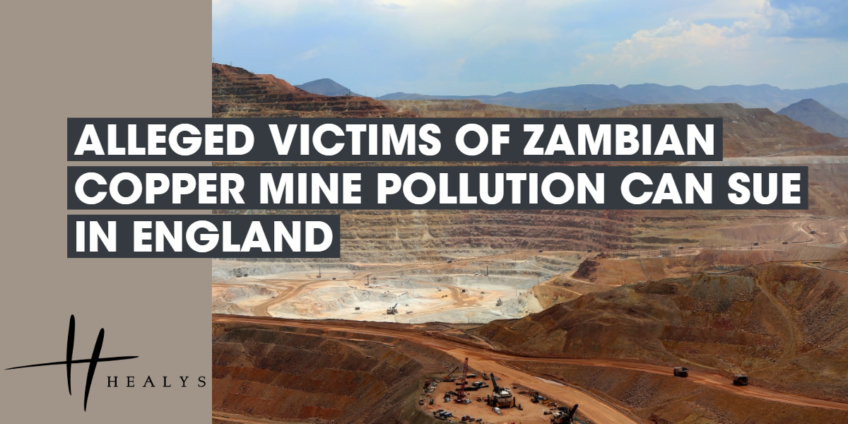 The adequacy or otherwise of overseas legal systems can sometimes be a factor in deciding whether the English courts should accept jurisdiction to consider cases with a strong foreign link. That was certainly so in a Supreme Court case concerning injury to health allegedly arising from a Zambian copper mining operation.

More than 1,800 impoverished Zambian citizens who claimed that their drinking and irrigation water had been polluted by toxic emissions from the mine launched a group action in London against its owner, a Zambian company, and its English-registered parent company. The companies challenged the jurisdiction of the English courts to rule on the case, but their arguments were rejected by the High Court and subsequently by the Court of Appeal.

In dismissing the companies’ appeal against the latter decision, the Supreme Court noted that, under European law, any claimant, regardless of where he or she is domiciled, has a right to sue an English-domiciled company in England, irrespective of any connecting factors to other countries. The Zambian company, as owner of the mine, was a necessary and proper party to the litigation.

There was an arguable case, fit for trial, that the English company had sufficient managerial control over the Zambian company to render the former liable for any wrongs committed by the latter. There was nothing novel or controversial about a parent company being sued in respect of the activities of a subsidiary.

The Court accepted that Zambia would, in ordinary circumstances, plainly have been the proper place for the litigation to proceed. However, there was a real risk that the extremely poor claimants would have difficulty obtaining access to justice in their homeland. Although Zambia has an independent judiciary, and courts capable of trying the case, it has no equivalent of legal aid and conditional fee agreements are unlawful there. There was also doubt as to whether suitably experienced legal representation could be obtained in Zambia to deal with such a substantial and complex case, particularly against a well-resourced opponent.

For advice and guidance on compensation claims, please contact us on 0207 822 4000 or email injury@healys.com