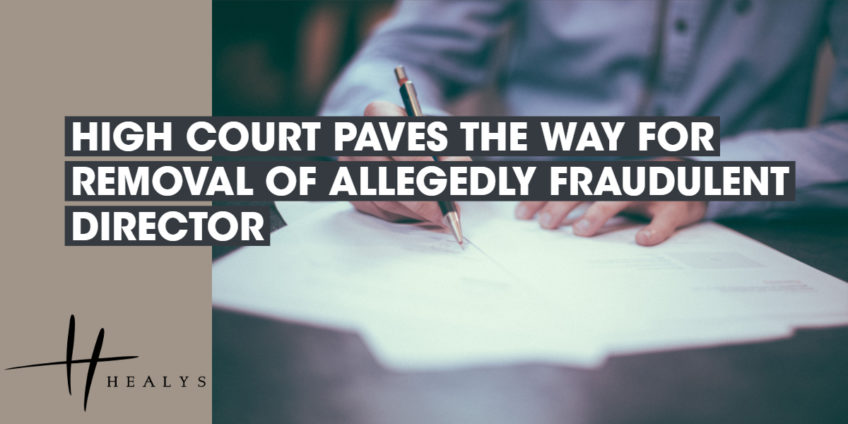 If a company has two shareholders, a general meeting cannot normally be called by just one of them. However, as a High Court case showed, judges have the power to waive that rule if the alternative is corporate paralysis.

The case concerned a company with four directors, two of whom were unequal shareholders. The company wished to hold a general meeting with the sole objective of removing the minority shareholder as a director. The latter was, amongst other things, said to have fraudulently channelled company profits to an offshore account and to have made use of his company credit card for his personal benefit.

In those circumstances, one of the other directors sought an order under Section 306 of the Companies Act 2006 to the effect that a general meeting attended only by the majority shareholder would nevertheless be quorate. The minority shareholder, who denied any wrongdoing and claimed that his position as a member of the company had been unfairly prejudiced, resisted the application.

In ruling on the matter, the Court made clear that, without hearing full evidence, it was in no position to determine the rights and wrongs of the underlying dispute. In granting the order sought, however, it found that the minority shareholder had prevented the holding of a general meeting by not turning up and by refusing to agree to such a meeting being held in his absence.

Noting that, under Section 168 of the Act, shareholders have a right to remove a director by ordinary resolution, the Court found that the will of the majority shareholder was being deliberately thwarted by the minority shareholder’s refusal to cooperate. The other three directors were unanimous in wishing him removed from the board. Although he had announced an intention to launch an unfair prejudice petition under Section 994 of the Act, that did not constitute a bar on the granting of the order.

If you are having problems managing your company or partnership because of internal disputes, contact us on 0207 822 4000 or email enquiries@healys.com