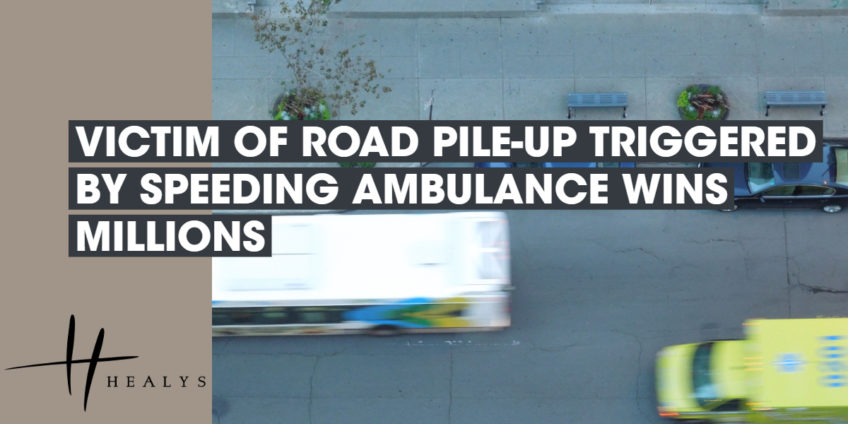 Sums paid in damages to negligence victims may appear large, but the reality is that no amount of money can ever compensate them for what they have lost. A judge acknowledged that sad fact in approving a multi-million-pound payout to a young man who was catastrophically injured in a road crash involving an ambulance.

The man, aged in his early 30s, was stationary in his work van when an ambulance ran into the vehicle behind him at high speed. In the ensuing pile-up, his van was shunted into the path of an oncoming heavy goods vehicle. He suffered severe head injuries and brain damage in the collision. Although in many ways he has made a good recovery, and is capable of some independent living, he has relied heavily on the support of his family and friends since the accident and is likely to require professional care in the future.

After proceedings were launched on his behalf, the NHS trust that employed the ambulance driver admitted liability and agreed to a settlement of his claim, whereby he will receive a lump sum of £3.35 million and index-linked payments of £60,000 a year to cover the costs of his care for life. In approving the settlement, the judge noted that the money will make his life a little easier but can never place him in the position he would have been in had he not been injured.

If you have been injured as a result of an accident on the road, whether you were a motorist, cyclist or other road user, you may be entitled to compensation. It is important to take advice early on as there are time limits that apply when making a claim.