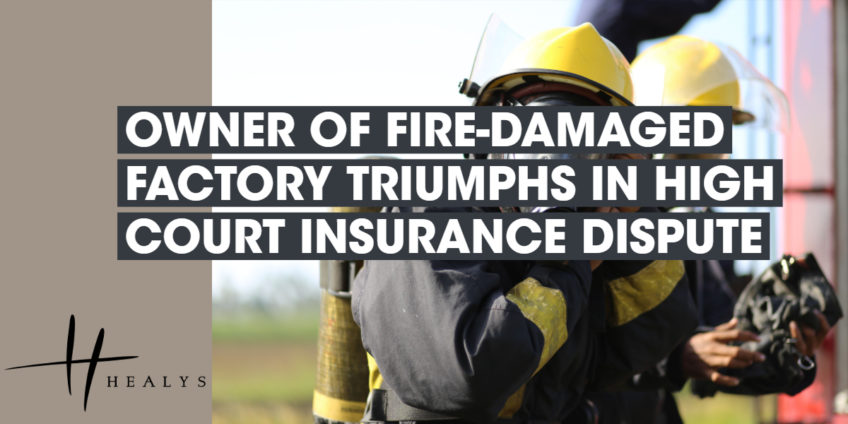 Almost all businesses are insured against fire damage but, when the worst happens, insurers are understandably anxious to make sure they do not pay out any more than they have to. That situation provides fertile ground for dispute, which was certainly so following a blaze which gutted a thriving textiles factory.

The fire, which involved a fatality, caused such severe damage to the factory that it had not since reopened. The plant and machinery it contained were destroyed. After the owner of the premises claimed on its insurance policy, its insurer paid out £2,141,527 and argued that that was the limit of its liability. The owner, however, insisted that it was due a much larger sum and launched proceedings.

In ruling on the matter, the High Court found that the owner had a genuine and settled intention to reopen the factory for business. On that basis, it was entitled to recover the cost of reinstating the premises, plant and machinery. The insurer’s argument that its liability should be limited to the market value of the damaged property was rejected, as was its plea that the owner’s award should be reduced to take account of the fact that it would effectively receive ‘new for old’.

The Court, however, found that it had been orally agreed prior to the fire that the insurer would not be liable for 20 per cent of any loss arising. The reason for that stipulation was the insurer’s concern that the fire risk had been increased by a build-up of combustible stock on the premises. Giving effect to its ruling, the Court ordered the insurer to pay the owner a further £1,386,172, plus interest.