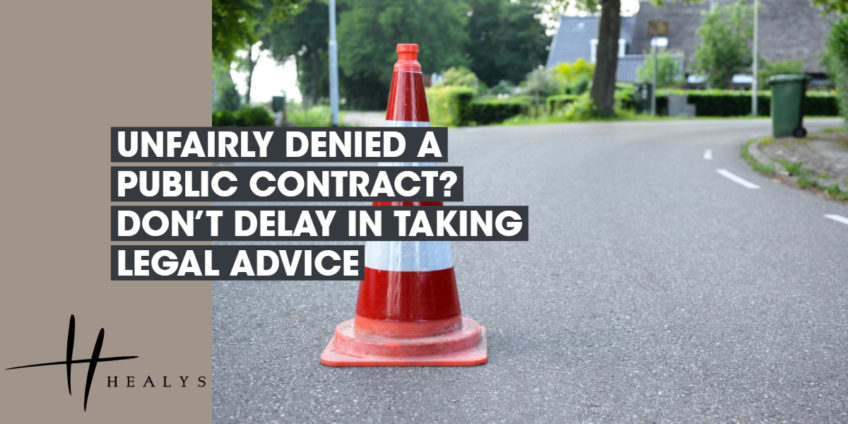 If you feel that you have been unfairly denied a public authority contract, you should take legal advice straight away. In a case in point, a building company paid heavily for its delay in taking legal action after coming second in an allegedly flawed tendering exercise.

The company claimed that the £630,000 road improvement contract had only been awarded to a rival by a local authority because its bid had been incorrectly scored. It launched judicial review proceedings and sought an interim injunction preventing execution of the contract prior to the outcome of the case.

In refusing to grant the order sought, however, the High Court noted that the claim had not been lodged until more than a month after the company could have become aware of its failure to win the contract. By that time, the date on which works were due to commence on the time-sensitive project was only a few weeks away. The successful bidder had already invested significant sums in preparatory works.

The Court noted that there was a strong argument that a complaint about the nuts and bolts of a tendering process in the context of a commercial contract of fairly modest value did not belong in the public law arena of judicial review. Given the weakness of the company’s challenge – which the Court found only just passed the threshold of raising a serious issue to be tried – the unjustifiable delay in instituting proceedings proved decisive.

If you feel you have been denied a successful tender application as a result of flawed procurement procedures, do not delay getting in touch. Contact our Commercial team on 020 7822 4000, or email us at enquiries@healys.com.