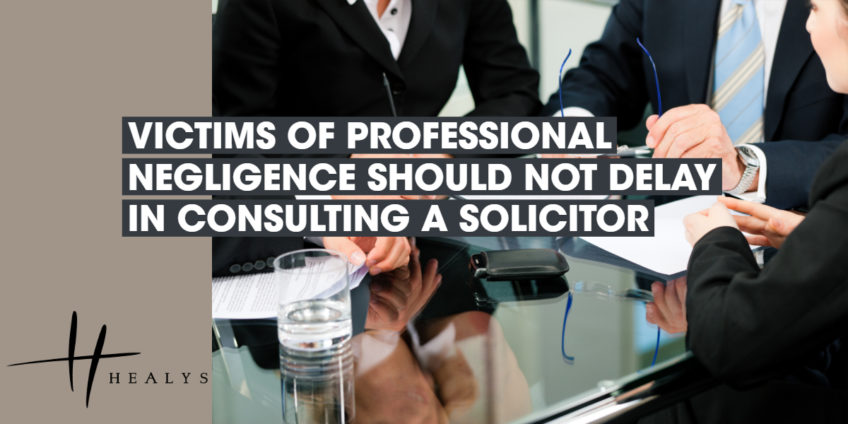 If you believe you are a victim of professional negligence, you should seek legal advice right away or risk losing your chance of obtaining justice. An insurer found that out to its cost after a delay in launching proceedings resulted in it having to bear the full financial burden of remedying a tower block’s defective cladding.

The insurer covered the block’s owner against the risk of latent defects developing in its structure in the ten years after its construction was completed. After cracks began to appear in the cladding, and an expert report revealed that it failed to comply with contractual specifications, the insurer paid out £626,451 under the policy.

With a view to recovering that outlay and associated costs, the insurer launched proceedings against an independent surveying company. A surveyor who had monitored the block’s construction was alleged to have negligently failed to identify defects in the cladding before issuing an unqualified certificate of approval on behalf of the company, upon which the insurer relied.

The High Court, however, found that the insurer had launched proceedings outside the six-year limitation period that applies to professional negligence claims. The insurer claimed that it would not have covered the risk had the surveyor not failed to identify the defects. The time period for making a claim began to run on the date on which the policy was issued. The claim form was thus lodged several years after the primary limitation period expired.

The Court rejected the insurer’s plea that it only became aware that it had suffered loss and had cause for complaint on receipt of the expert report. Long before that, it had sufficient information to be asking questions as to why the certificate of approval had been issued. The insurer’s claim being wholly time barred, summary judgment was issued in the company’s favour.

If you have suffered a loss because you acted on negligent advice, contact Robert Johnson on 020 7822 4000, or email profneg@healys.com.